Forget Offline Navigation! OK, don't forget it, but set it aside for a moment because Google Maps just got the greatest update ever, it just doesn't have anything to do with offline. Navigation now supports the option to search along your current route for new destinations. Now you can easily side-track on your long road trips to get gas, food, or even do a little shopping. It's quick, simple, and super useful. 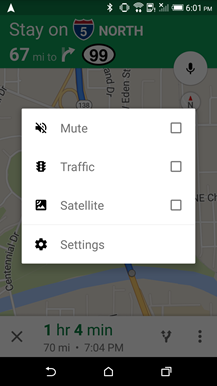 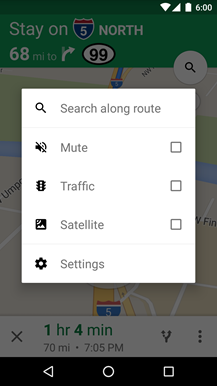 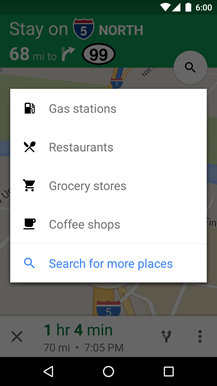 When a route is set in Navigation mode, it's now possible to search for and choose destinations that are just slightly off of your current path. To access the search options, just tap on the overflow button at the bottom right (shown above) and tap "Search along route," or hit the search button near the top right for a drop-down interface with the same options (shown below). 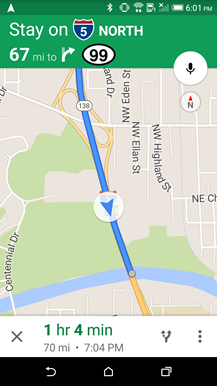 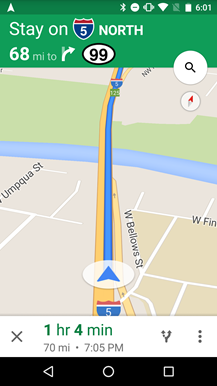 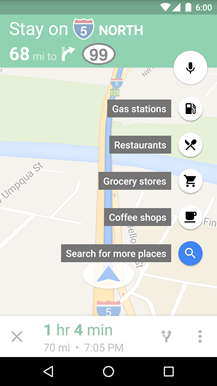 Note: in the older version of Maps, the microphone was in the location where the search button is now, but it reappears as soon as you tap the search button. This just means we'll have to get used to using a double tap instead of a single-tap to initiate a voice action. 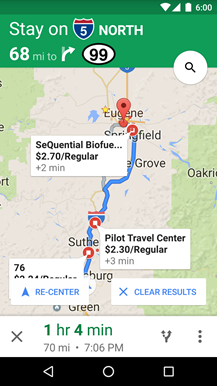 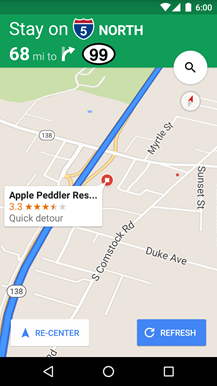 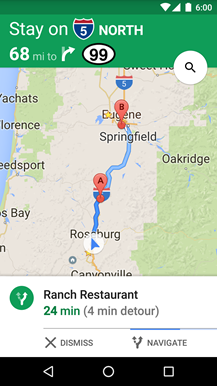 There are four pre-selected options to quickly search for gas stations, restaurants, grocery stores, and coffee shops. There is also an option to "search for more places" that opens to the standard search screen where you can type in (with a keyboard or voice dictation) your own terms. Once a search is started, results appear on the overview map along with names and how much time it will add to your route. If you've chosen to look at gas stations, you'll even see the current prices in the callout boxes.

The only catch is that there's no way to easily specify that you want options in a certain area, like within the next 30 miles. Once you tap on an option, you're given a little more detail in a card at the bottom and an automatic countdown of about 10 seconds before navigation automatically switches to that destination.

If you're not a fan of the suggested options, the results screen supports panning and pinch-to-zoom, so it's easy enough to move around to see new options. There doesn't appear to be any way to limit options to a specific range, like within the next 30 miles, but that's not too difficult to accomplish with a little bit of zooming. 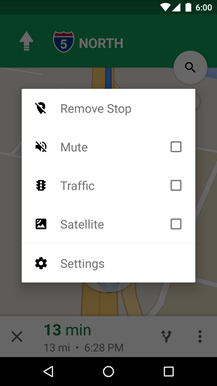 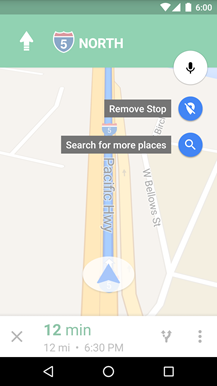 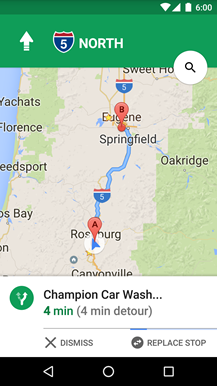 The best part of searching to find a quick stop along your route is that it won't interfere with your previous navigation plans. (Can I hear a WOOT! for that?) Destinations chosen through this interface can be removed or replaced and your original trip will resume from your current position. If you use the overflow button while a quick stop is selected, you'll just see an option to remove it. Using the dropdown from the search button will provide both an option to remove the current stop or search for a new one to replace it. 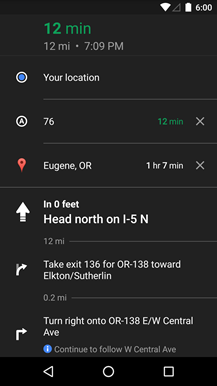 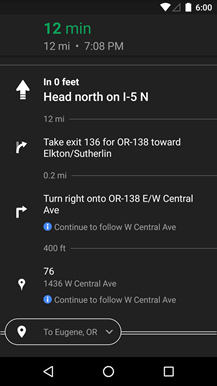 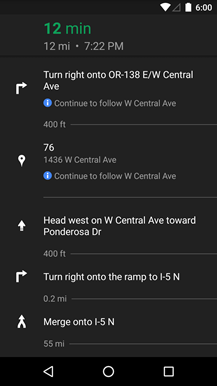 If you take a look at the written directions, the stop even appears as the current destination, but also includes a tap target for the final destination that will expand into the full directions. Right now, it's only possible to have one stop, but it's easy to imagine this interface could be used to display multiple destinations during a trip, something people have been requesting for a while.

I've tested this feature in Android Auto, but it doesn't seem to be available through either the touch interface or with spoken commands. Hopefully, it will be added in an update fairly soon. (Did I mention I just bought a car with Android Auto?)

On a personal note, this single feature makes me absolutely giddy. I've been asking for it since I got my first Android phone, and I'm absolutely thrilled to see it finally go live. Seriously, thank you, Google Maps team.

As mentioned above, gas prices show up in the search results along a route, but they are also appearing in regular search results for "gas stations" and some similar terms. Not all stations have prices listed, but it's definitely a good start. This is probably the beginning of another integration with Waze, which already offers similar price tracking. 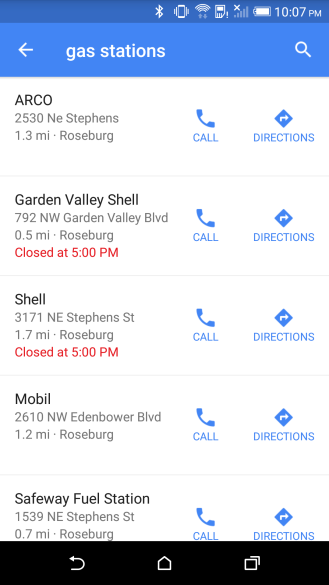 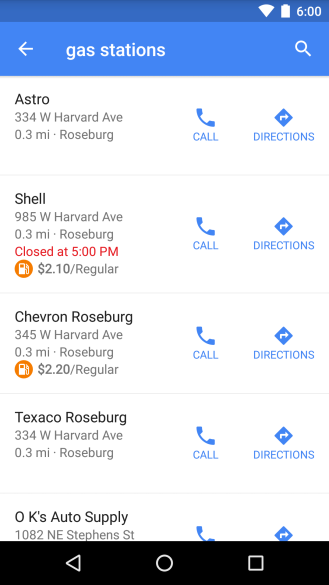 Stream Your Favorite STARZ Shows On Android TV With New STARZ Play App (Unless You Are A ...