Dyzplastic's Android figures designed by Andrew Bell take that warm fuzzy feeling you get from using your phone and plaster it on top of your desk. You can get a standard green one or choose from any number of models that look as though they were taken from Androidify and put through a 3D printer.

Less than a week from now, Dead Zebra will offer a new 3-inch Halloween model called Warty Witch. This orange Android comes with white hair, large teeth, a black dress, a broom, and a witch's hat covering up one antenna. Those last two are removable. 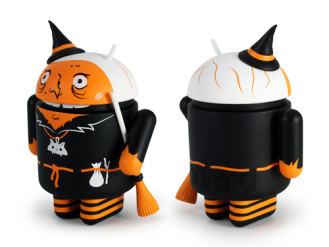 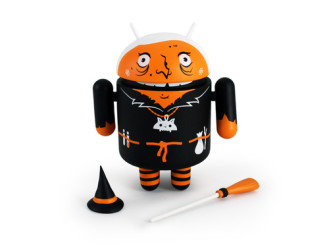 Warty Witch will go on sale October 19th at 11AM ET. The page doesn't say, but you should probably have at least $10 handy. Since this is a limited edition release, units may run out for good. Place an order early if you're interested in having one or two around in time for Halloween.

The $10 figurines are on sale now.

Huawei Shares Which Phones Will Receive An Android 6.0 Update, In China At Least