HTC has promised to reveal an Android 6.0-powered device on October 20th, and that event is just around the corner next Tuesday. But the company hasn't released any upgrades for its current devices just yet (not that anyone really expected them to at this point). Despite that, HTC just released a new app on the Play Store, HTC Restore, which is only compatible with Marshmallow HTC phones. All none of them. Presumably the app is on the Play Store in advance of that new phone, which we expect to be the HTC One A9 "Aero." 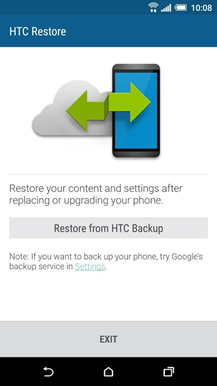 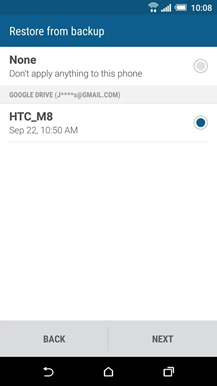 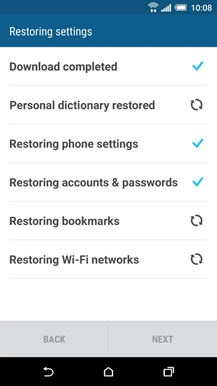 The app is... odd. HTC Restore basically looks like a copy of Google's own device restore/import function that debuted with Lollipop, but restricted to HTC devices. It's a little more effective, though: while the AOSP Android version can re-download apps from the Play Store and restore a few settings from your Google account, the HTC version can also restore bookmarks, passwords, text messages, and even the keyboard's custom dictionary. So it's more like the various transfer apps from Samsung, Motorola, and Apple than it is an "upgrade" app.

The difference is that this app can only pull from the HTC Backup service, so it's not useful unless you're already using an HTC phone (and keeping it backed up with the built-in system). We'll probably see it come pre-installed on the One A9 and other new HTC devices going forward. 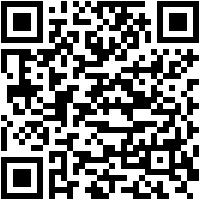