The model in question is the XBR49X830C, which just came out this year. It's a 49-inch 4K TV with 4 HDMI ports, 3 USB ports, WiFi, and a ton of other stuff. The Dell price is the same as Amazon and most other retailers, but that's not the part that's a deal. After buying the TV, Dell will email you a $350 Dell gift card. This might take 10-20 days to arrive, though. 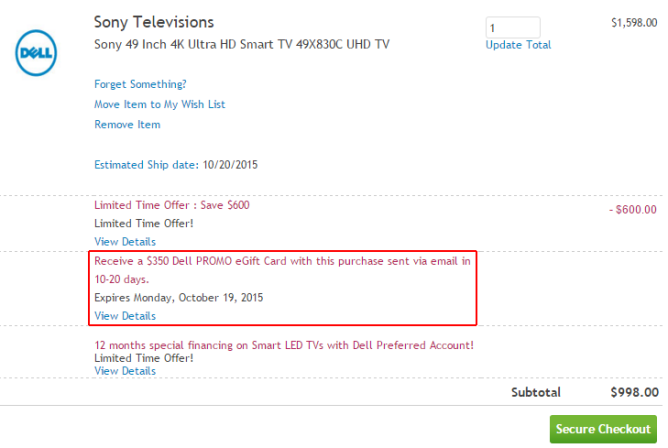 You can use the gift card on anything Dell sells, like the Venue 8 Android tablet, which (conveniently) sells for $350. You could also cover most of the cost of one of those awesome new 13-inch Dell Chromebooks.

[Update: Discounts Not Limited To Music] Some Users Receiving Offer To Save 50% Off Any Album ...