Gmail gained the ability to handle non-Google email accounts in Lollipop, but most OEMs still make their own stock email client. Motorola is no different, and now it's added that app to the Play Store so it can be updated regularly. As an added bonus, the screenshots of the updated app were apparently taken on a Droid Maxx 2, which hasn't been announced yet. Very subtle, guys.

According to the changelog, Motorola is making a lot of tweaks to its email app. Here's what it includes. This app is probably intended for the Droid phones. Now that it's in the Play Store, it might actually get enough attention that it's worth using. The Gmail app is already pretty solid, though. The Motorola Email app does have an automatic device signature, which is how we know these screens came from an unannounced Droid Maxx 2—it says so right there at the bottom of the email in the screens. That device is expected to be a Verizon-exclusive US version of the Moto X Play. It'll be official on October 27th. 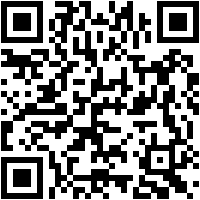 Sonic Dash 2, A Free Endless Runner Based On The Sonic Boom Franchise, Is Now Live In The Play Store