Yesterday a reference to something called "music gifts" appeared on a Google Play support page. Now a separate page has popped up that fleshes out precisely what this feature is, something Cody came across in a recent Play Music teardown just under a month ago.

The page, titled Gifting & lending digital content details the ability to gift Google Play Music subscriptions if you live in Australia, Canada, France, Germany, Spain, the UK, or the US. There are instructions for how to send gifts (pictured above), which you can only offer to someone who lives in the same country as you.

Anyone who already has a subscription will have it extended by the number of months provided included in their gift. Though it doesn't say on the support page, an Ausdroid reader has shared screens showing the option to give 1, 3, or 6 months worth of music. The prices reflect those in Australia and show that Google isn't offering any sort of discount when you gift out a larger bundle. 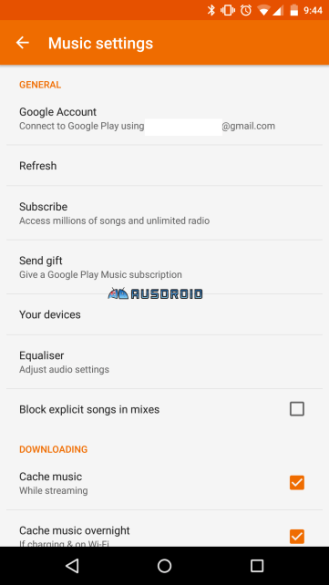 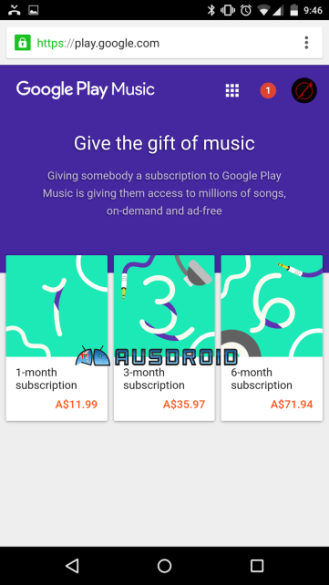 The subscription will arrive in an email, similar to how promotional codes currently work. If, by chance, you receive a gift that you don't want, let the sender know so that they may request a refund.

The feature is still rolling out. I am not yet able to access it within the Play Music Android app, nor does play.google.com/music/gift lead me anywhere other than a dead end. But Play Music gift subscriptions are on the way, and hopefully that won't be all.

One reader in the UK has shared this screenshot of what appeared when he followed the link above.

The broad title of the support page, and the line "At this time, you can't send other digital content as gifts or lend digital content from one account to another" gives hope that maybe, just maybe, we will eventually be able to gift apps, albums, books, and other content down the road.

[Update: Qualcomm Says No Double Twist Gesture] The Nexus 5X And 6P Will Let You Activate The ...