A truly useful piece of software? From Samsung? Color me surprised, too, but the company's new Game Tuner app is nothing short of incredibly handy for mobile gamers. As you may well know, playing visually-intensive games on your smartphone can demolish the battery fairly quickly. While most such games render at 1080p even on 2K displays like Samsung's, such resolutions can be big draws on both your remaining juice and your device's processor, causing throttling (and thus slowdowns) and excessive power drain. Samsung's new app lets you have a say in just how graphically hungry those games will be, allowing you to adjust maximum frame rate and resolution scaling.

For example, Hearthstone for Android on a Galaxy S6 edge+ renders at, near as I can tell, 1080p natively. With Samsung's Game Tuner app, you can turn that up to a full 1440p (aka 2K and probably not a great idea!), or all the way down to around 480p. The difference is very real. The frame rate can be adjusted from 15 to 60FPS. 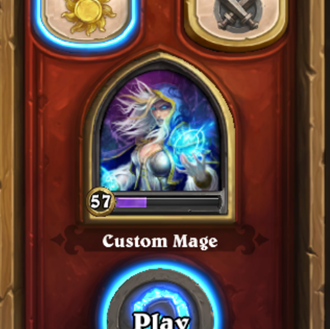 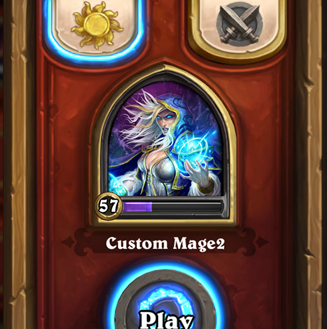 The app is dead simple to use, you just need a supported device. Those being the Galaxy S6, S6 edge, Note 5, and S6 edge+. You can use one of the preset modes applied to all games or you can manage them individually by title. 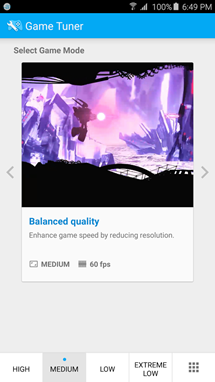 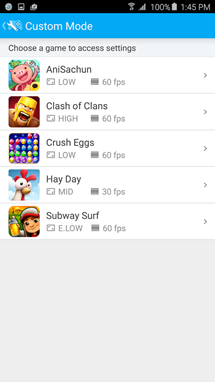 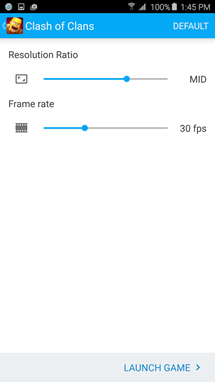 You have to wonder if this has anything to do with Samsung's ongoing partnership with Oculus, where fine-tuning GPU performance versus device heat and power consumption has been an absolute obsession. This tool very much looks like something that would come out of those experiences, and I'm glad of it - hopefully Samsung can get it working on other, older Galaxy phones as well.

You can get the Game Tuner app on the Play Store now. You can also get it on APK Mirror, here.

Samsung has edited the Play Store listing to reflect that Galaxy S6 and S6 edge support is "in preparation." Several users have found workarounds, however, so there may be a way to get it up and running.update]