Reddit may or may not have its official Android app ready any time soon, but third-party developers are still more than willing to pick up the slack. BaconReader, one of the most popular Reddit client apps, has just been given a major update. The 5.0 release includes a much-belated Material Design user interface adjustment and no small amount of other changes, both user-facing and behind the scenes. Here's a quick comparison of the older version to the spiffy new Material Design layout: 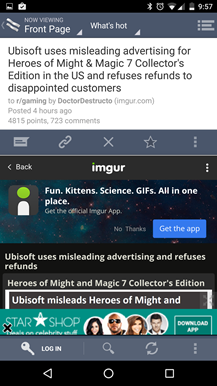 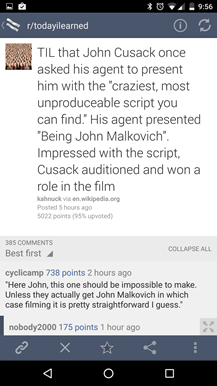 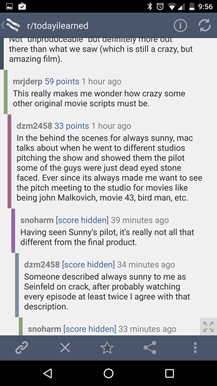 Above: old and busted. Below: new hotness. 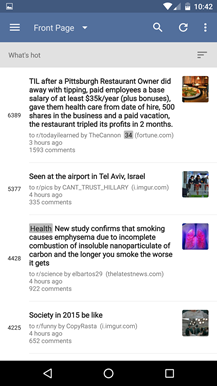 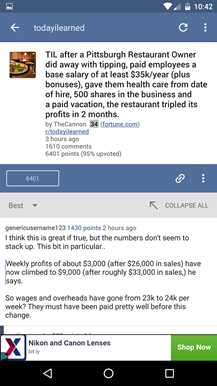 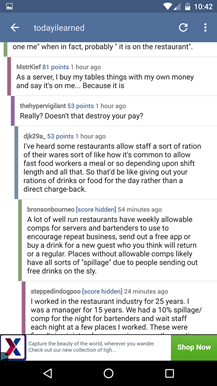 The Settings menu still includes options for dark and black themes, if you prefer them for your device. Other notable changes in the incremental 5.0.1 update include an updated reply icon, clickable subreddit names in the title bar, images in the right pane on tablets, and adjusted fonts and colors. In 5.0 and 5.0.1 there are a handful of bugfixes, notably a repaired .gifv download function, no more audio pausing for certain videos, an image cache error correction, and various layout and formatting fixes.

BaconReader is a free download. For $2 you can get the premium version, which nixes the ads and buys the developer approximately 1/3 of a draft beer.