These days it's rare to see a game praised for graphics alone - with incredibly powerful hardware available on consoles, PCs, and yes, mobile hardware, it's more about what you can do with what you have. A prime example is Contrast, a combination platformer and puzzle game that first debuted on PC and console download services just under two years ago. It's a perfect intersection of unique art design and compelling game mechanics. Today it's available on Android for $14.99, but only if you have NVIDIA's SHIELD Android TV box.

Contrast takes place in a sort of steampunk-burlesque universe, following a very personal story about a mother and daughter. The gameplay starts off as a third-person 3D platformer where you guide your character around the stages, but at specific junctions your perspective shifts, and you control your own shadow across the two-dimensional portions of walls and other environmental elements. You'll need to manipulate the light sources and shadows in the 3D world in order to affect the 2D stage. Check out the launch trailer below (which may look a little different than the SHIELD version) for an example - if you've played The Legend of Zelda: A Link Between Worlds, the core 2D-3D mechanic may seem a little familiar.

Unfortunately NVIDIA SHIELD Partners, the Play Store publisher that releases many SHIELD and Tegra-exclusives, has once again elected to do the bare minimum in terms of creating a Play Store listing. There are only two Android screenshots, one of which doesn't even show gameplay, and no Android video trailer. If NVIDIA wants players to spend big bucks on premium titles for its hardware, it needs to provide a little more of a visual incentive. Contrast has no in-app purchases. 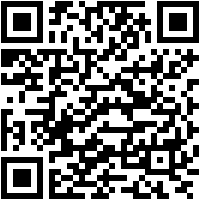 Archos Enters The Niche 'Secure Phone' Market With The $850 GranitePhone