Check the YouTube app on your phone or tablet, user interface aficionados - you might spot something new. Like the other official Google apps have been doing for a while (quite a while), YouTube is getting a pull-to-refresh animation for relevant pages. It doesn't seem to be tied to any particular version of the app or of Android, and in fact we've only seen it active from one reader so far, so it seems like it might be a server-side switch. 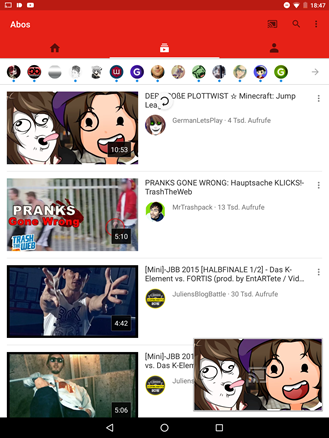 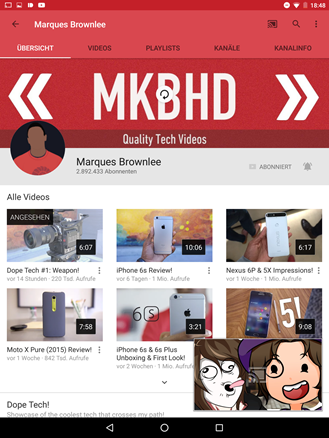 The animation allows users to scroll up to the top border of the interface and beyond on the Home tab, channel pages, subscription pages, and more, with the familiar circular arrow icon indicating a refresh. It's basically the same gesture that you're probably familiar with for apps like Gmail and Chrome.

We haven't been able to nail down any correlation between Android version, app version, device, and whether or not the pull-to-refresh animation appears. It may be some A-B interface testing on Google's part, but that seems unlikely since the animation has been so widely-implemented elsewhere. If you see pull-to-refresh, please let us know which version of the app you're using, and on what device and what version of Android.

Archos Enters The Niche 'Secure Phone' Market With The $850 GranitePhone

Obama Administration Backs Away From Legislation That Would Give Law Enforcement Access To ...