A new version of Google's cloud storage app is making its way to the Play Store. According to a post on the company's blog, the latest Drive release lets people request access to content links that they've received via email, an instant message, or some other method.

Trying to view such a file without access tosses up an "Unable to access document notification." Requesting permission will send an email to the owner from inside the app. 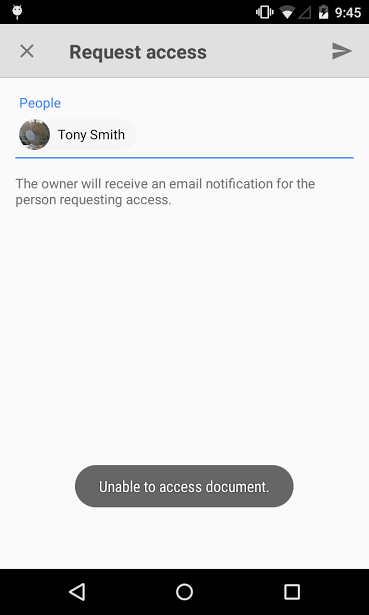 As usual with Google apps, the update is rolling out slowly. Presumably Google is talking about version 2.3.357.23, of which there are many variants available on APK Mirror.

PSA: Default Apps For Browser, Phone, SMS, And Assist Action Have Their Own Setting In ...