The Google app was treated to an update late yesterday, bringing the version number up to 5.4. This bump seems to be mostly dedicated to bug fixes, but a couple of changes deserve to be mentioned. A previously screwy animation has been restored to its original beauty, and we now have a more convenient way to set Home and Work locations. Evidence also turned up that suggests the Google app will play host to its own mini-app for Android Wear. 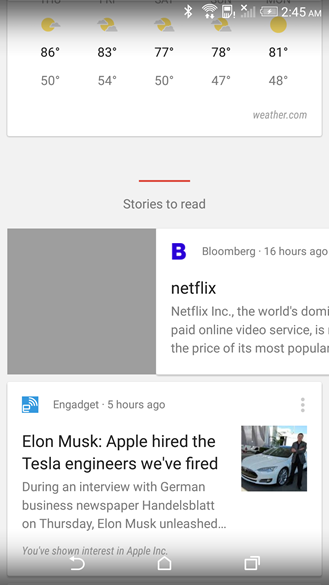 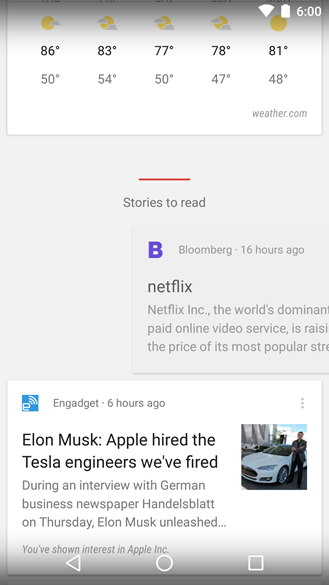 Last month's v5.3 update introduced a very unsightly bug into the Google Now stream. A dark gray box was revealed anytime a card was swiped away. The box remained in place until its card was fully dismissed, at which point it simply disappeared and any cards below it were shifted up to fill the space. The latest release fixes this oversight and restores the behavior of older versions. 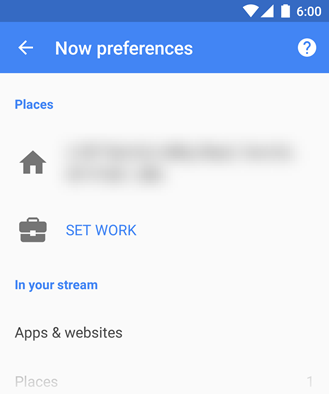 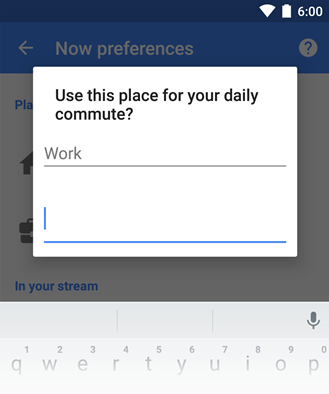 A more functional change was made to the configuration side of the Google app. If you open the navigation drawer and tap on Customize, there is a new section at the top of the screen with options to set the location of your home and work. The settings themselves aren't new; they've long been a part of the Google Maps service. The addresses here are used by Google for estimating commute times and accident reports, not to mention a few other helpful features. It's likely users were confused about how and where to set these fields, so Google put them front and center for easy access.

After all this time, it seemed like Google had mostly ironed out which apps would provide their own additions to Android Wear. Aside from some late bloomers, there was little reason to expect any of the remaining apps to contribute their own native apps, but that's exactly what the Google app is going to do.

A new file with the name "wear_app_desc" appeared in the resources under the /xml folder. This file is used to determine if a particular apk should be installed to a paired Android Wear device. Unfortunately, the contents of the file are useless for conveying what the app would do, and there's no micro-apk to examine or install.

Contents of the wear_app_desc.xml file:

The only other reference to the Wear app appears in some strings where a "capability" of the app is described as a "card sync provider" – but that's not really helpful, either.

The safe guess is that this app will take over the responsibility for the card stream on Wear, which was previously included with the firmware for each watch. Like most things, this means Google won't have to ship firmware updates just to change card stream behavior. Things like speech recognition and Smart Lock functions may also be covered by new updates. For now, it's hard to predict exactly what Google has in mind, but we can probably expect to see it when Wear devices receive an Android 6.0 update, whenever that may be.