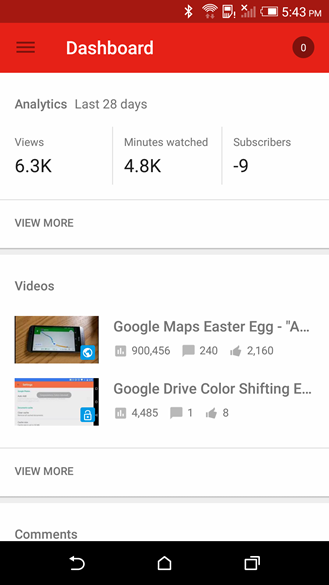 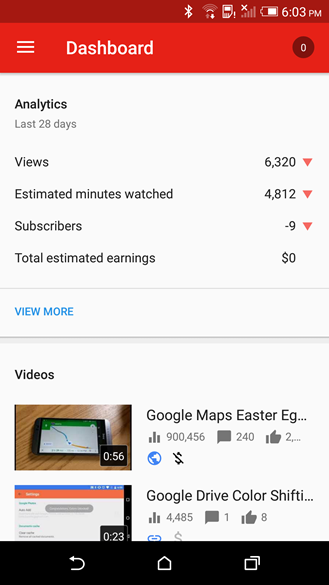 Most of the visual changes can be summed up in the side-by-side of the Dashboard (landing screen). Most of the horizontally aligned number fields have been replaced by vertically stacked fields with more clearly defined text. The individual video statistics are still lined up in a single row, but the listing status and monetization badges are now below the stats and the video length takes its place on the thumbnail, in the same locations it appears in the YouTube app.

If you're looking at color changes, you'll notice the hamburger menu turned from black to white to match the title text. The 'View More' text was also given a coat of bright blue so it can stand out a bit from the headings and other text on the screen. 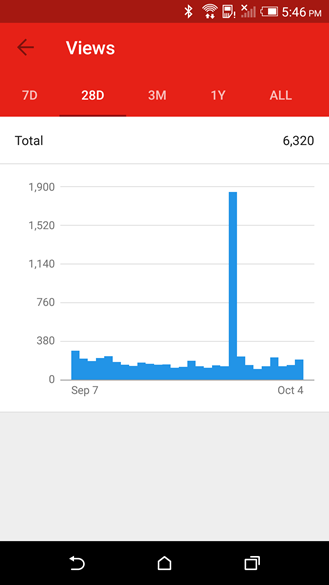 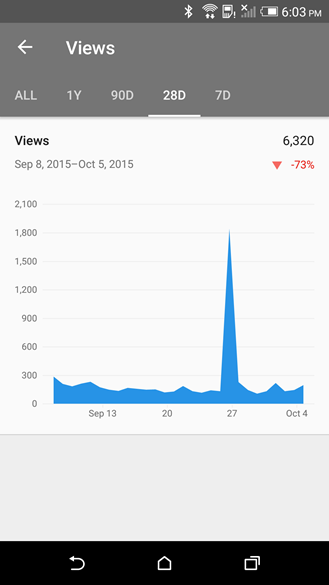 Graphs are also looking a bit different as the traditional bar graphs are now drawn as elevation graphs for a more fluid look. A bit more information was also added to show the date range and percent of change from a previous period. The order of date ranges (e.g. 90 days, 28 days, 7 days) was reversed and the action bar strangely lost its bright red color.

While the new styling is worth noticing, the really significant change in this update can be found under the Analytics section. This screen used to show about two pages of fairly basic details about view counts, engagement, and traffic sources. The new version completely dwarfs what was previously available. 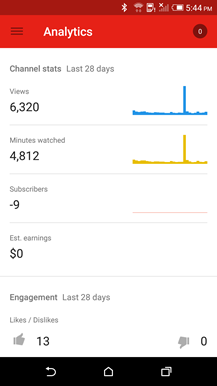 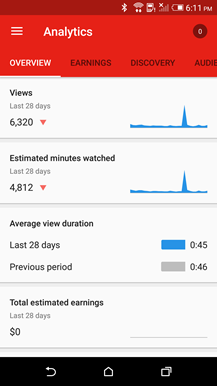 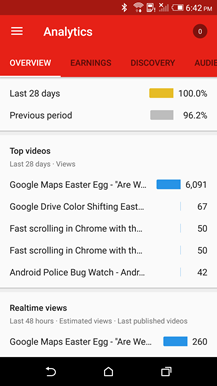 The new Analytics screen is broken into multiple subsections spread across the top. The Overview screen still contains all of the same old information, but adds details about average view duration, top videos by views, and realtime view counts.

Separate pages exist for each of the different categories of information including: Earnings, Discovery, Audience, Interactive Content, and Playlists. Note, these categories look like a typical pager control that can be switched by swiping the content area from side to side, but it's not.