Here's a  cool feature of Chrome that can be enabled via a special flag (which Google started turning on for some recently): when you tap on a text field that the browser has saved before in auto-fill, the entry or entries will appear in Android's keyboard auto-complete field instead of the browser itself. This is a really handy feature, because it avoids the problem that sometimes appears when auto-fill entries drop below the keyboard area, causing you to scroll down and tap the entry, then search around for whatever you were doing before. 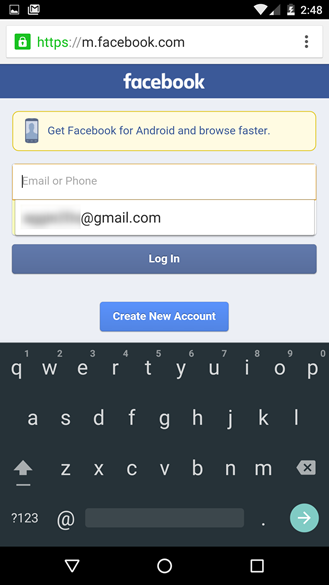 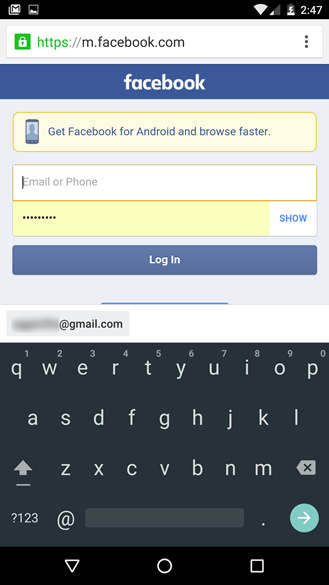 Chrome's default behavior on the left, with flag enabled on the right.

We've tested this on Android 6.0 and 5.1, and  Chrome, Chrome Beta, and Chrome Dev. In fact, it may be already active by default for some of you (Google likes to A/B test various new additions). If not, you'll have to dive into Chrome's hidden settings menu by going to chrome://flags/#enable-autofill-keyboard-accessory-view. Enable "Autofill suggestions as keyboard accessory view," relaunch Chrome when prompted, and you'll get the above behavior. 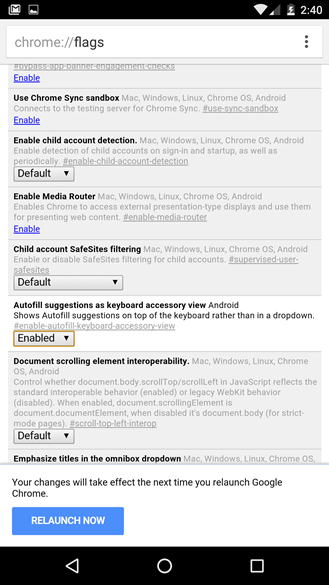 Check out the neat graphics for credit card auto-fills, too. 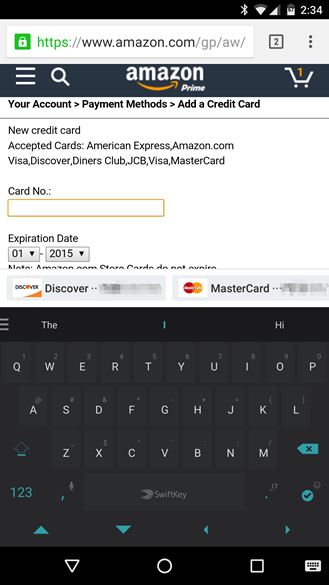 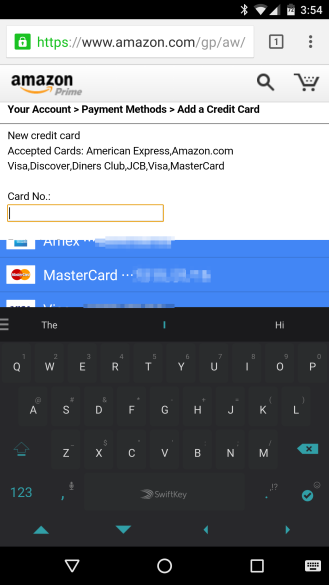 Beta looks the same as Dev, so feel free to activate it in your Chrome channel of choice.