Perhaps you recall a feature spotlight from some weeks ago that explained Google's new universal translation option, which was enabled by the Google Translate v4.3 update. This works with the aid of the new text selection actions included in Android 6.0. The latest Chrome Dev version in the Play Store has now added support for instant translation via the new text selection UI, but again, only on Marshmallow.

Assuming you're on Marshmallow, you can simply select any text in Chrome Dev and tap the translate option in the pop-up menu (in the overflow). This displays the result in a floating window, so you don't even have to leave the browser. There's a drop down for selecting the language you want to translate into, and a voice button next to the translation so you can have it spoken aloud (on supported languages). If you're translating in a text box, there's a handy replace button as well.

To be clear, any app that implements the new text selection actions can do this if the devs add it. Chrome Dev just happens to be pulling the trigger particularly fast—that's why it's the dev channel. The beta (v46) and stable (v45) don't have the integrated translation yet, but v46 does have the new text box (see the old behavior below). It's going to be really cool to see what developers do with this functionality going forward. 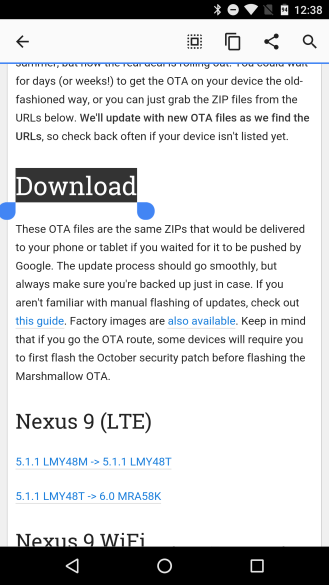 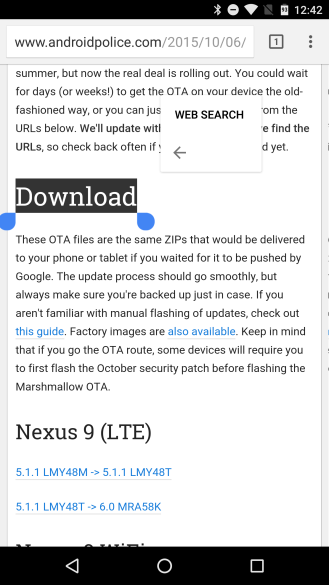 HTC Views Breast Cancer Awareness Month As The Perfect Time To Sell The Pink HTC One M9 Here In ...