Google Creative Lab has released a few apps thus far that are described as "Android Experiments." Apps like Lip Swap were just for fun, but Meter is theoretically useful, and that's not something you can usually say about a live wallpaper. Meter shows you your signal strength, notification count, and battery life using colorful geometric shapes.

You apply Meter like any other live wallpaper, but you'll have to grant it notification access for full functionality. The battery wallpaper has a circle inside a larger one that shrinks as your battery discharges. The signal design is an inverted triangle that fills up as your WiFi signal improves. Finally, there's the notification count, which displays floating bars in a square across the middle of the screen.

All three wallpapers are very clean and modern looking. They're also connected to the accelerometer so they move around with the phone. For example, the battery circle rolls around inside the larger one as you tilt. The Meter live wallpaper flips between each of the three modes randomly when you wake the device. It's light on features, but you can disable any of the three modes if you don't like them. 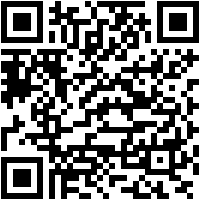 Sony Unveils Which Xperia Devices Will Get An Android 6.0 Marshmallow Update