Cosmic Watch is not a watch face, or even a conventional clock app. It's an app that models the Earth, the solar system, and most of the familiar constellations in 3D specifically as they relate to both real time and any point in the past. It's also stunningly beautiful - you don't often see educational apps with such a focus on aesthetic beauty. The screenshots really don't do it justice; check out the video below:

The app is equally concerned with current astronomy and time-keeping and the more classical astrology, at least as it relates to the real model of the universe - there aren't any horoscopes telling you that you'll meet tall, dark strangers. Features include a standard world clock for most major cities, a GPS function for precise locations, positional mapping of the Earth and other planets as they progress through their orbits, a tool for adjusting telescopes, a digital 3D orrery, an astral chart, and an eclipse mapper.

Watching Cosmic Watch in motion is almost mesmerizing, and should be a real treat for astronomy fans. The app isn't cheap at $4.25 USD, so give it a try using the Play Store's refund period if you like. The only thing I think it's missing is some kind of Chromecast functionality. 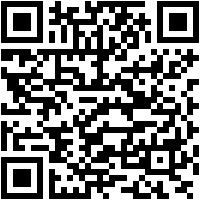