Swords & Crossbones is a humerus RPG that incorporates elements of turn-based tactical games and base-builders (without the freemium baggage that usually carries). Explore a huge world, develop your island base and crew, and hunt that booty. The game's various elements combine for some incredible depth, and a wide-open world mixed with specific bosses keeps the experience balanced. The game is $4 with no in-app purchases, but it looks like it's best played on tablets.

Swords and Crossbones: An Epic Pirate Story is a comedic role play adventure. Duke A. Blizzardo the most feared pirate in all the seas has kidnapped your friend and employer. Hook up with a zany crew of swindlers, cut throats, and hooligans in this whirlwind adventure involving ancient treasure, pirate lords, tourism, killer parrots, and mad mad monkeys. Explore the islands of the Antipodal Archipelago. Sail the three oceans, including the volcanic waters and the frozen seas. Osiris Battlefield is a basic first-person shooter where pretty much all you do is shoot aliens, but what it lacks in depth it makes up for in visual splendor. A mix of infantry and vehicle combat keeps things fresh as you mow down wave after wave of baddies in the grand tradition of Duke Nukem and Serious Sam. According to the game's description it's meant especially for Snapdragon 800-series devices, but it has wide compatibility.

You are man's last hope against utter extinction. Located on a distant colony in the Osiris system, you must defend your base at all costs using anything you can to hold back the relentless alien threat. Epic survival gameplay. Survive as many days as you can protecting 8 immersive zones across your base colony. Search abandoned mines, protect giant power plants, or go deep into alien hives searching with your flashlight.

There's nothing really groundbreaking in this runner game, but it's so well-presented that fans of the genre will definitely want to check it out. In SirVival you play a knight in shining armor who's off to rescue a princess. The 2D visual presentation is great, but the punch-and-jump controls and environmental elements are the real draw. A variety of obstacles will challenge you as the pace of the game changes. In-app purchases for currency and power-ups are present.

You, as the brave knight SirVival, riding atop Tantrum, your noble steed, are rushing through the fantastical land of Galgamar on a quest to rescue the kidnapped Princess Parsnip from the vile clutches of Maelstrom “The Malevolent,” an evil dragon. SirVival introduces an epic adventure in the form of a “platform-runner." Punch and Jump: The brave knight SirVival is equipped with a lance fit with a boxing glove on its tip. 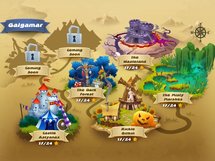 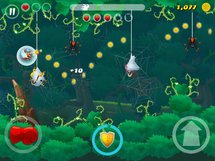 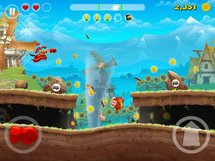 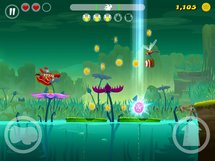 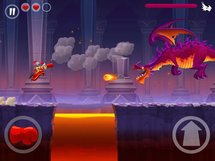 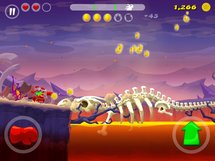 Dim Light is a 3D, top-down horror game where your flashlight is your only tool. I'm usually down on zombie games if only because there are so many of them, but the atmosphere and creativity on display in this one deserves some recognition. The only objective is to escape alive, and you'll have to carefully move using only your flashlight to guide you through a dark hospital full of monsters. But tread carefully - they're following in your footsteps.

Can you be the one to escape from this pitch-black madness? I may be the last human being who figures this situation is "unnatural.." And I'm pretty sure that I'm right. Others seem uninformed about all of this. The dark quietly hid itself and made creepy noises. Finally they brought "them," and they darkened the entire hospital with madness. So... Today, I will escape from this hell. The dim light shining from very far ahead will eventually save my life. 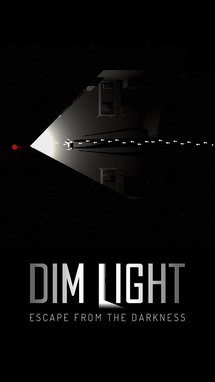 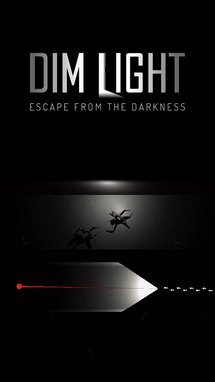 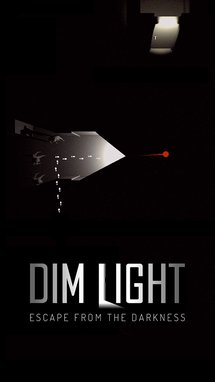 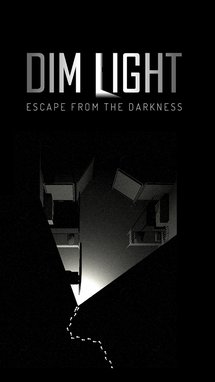 The original Freeze! came to Android three years ago, and puzzle gamers appreciated it for the unique aesthetic and interesting physics-based game mechanics. The sequel doubles down on the radial-platform concept with two, uh, eyeball gear-thingies used to clear each stage. New obstacles and devious stage designs will bend your mind and put your phone in danger. $2 gets you 100 levels with no ads or in-app purchases.

Welcome to "Freeze. 2", the highly anticipated sequel to the multi award winning puzzle hit "Freeze." (More than 11 million downloads worldwide.). Many years ago, our old hero from „Freeze.“ was kidnapped from evil aliens and locked in a tiny cell on a planet far, far away. He never found his way back. Now his little brother heads to the stars in his self-built rocket to find his lost brother and to free him from the clutches of the aliens. 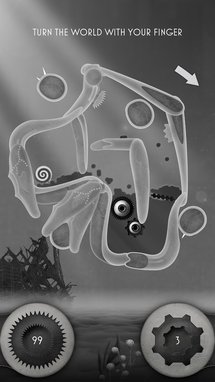 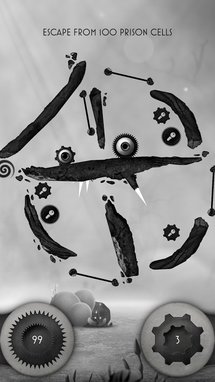 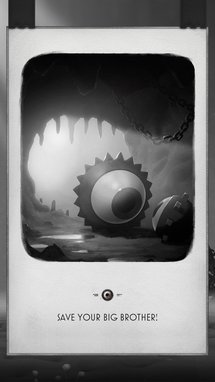 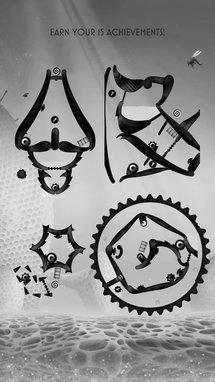 A Moon for the Sky

This casual game draws on the basic "jumper" setup, but you're in control: the only platformers that your odd player-character bounces off of are the ones that you draw yourself. Keep him (her? It?) bouncing as high as possible and collect stars to unlock extra goodies. The premium game includes three worlds, 18 levels, and an endless mode, plus various medals and achievements for just a buck. There are no in-app purchases.

Send your moon to the highest in the sky. At each new millennium, Astrolunia sees its Moon die and loses the balance of its world. To predict this phenomenon, the people band together to send a new moon in the sky that will restore the ecosystem. Help the residents and send your Moon as high as possible. Attention during your ascent, you will be hindered by various obstacles. A Moon For The Sky has a simple gameplay: Draw a ligne and that’s all. 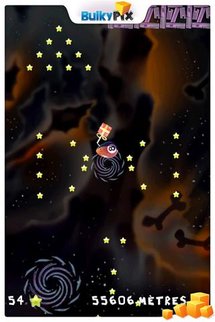 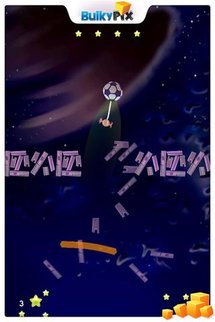 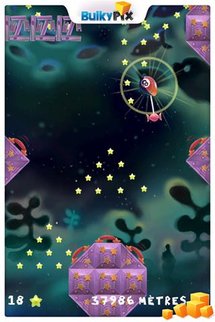 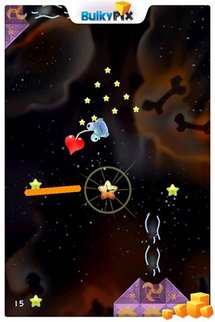 Download QR-Code
A Moon for the Sky
Developer: BulkyPix
Price: $0.99

Pop the Lock is a popular iOS pilgrim that's finally come to Android. It's a twitch game with a simple premise: just tap the screen when the cursor hits the ball to unlock the stage, in the fashion of those old "tornado" ticket machines you might remember from arcades. A single mistake will make you repeat all the stages and their unchanging sequences all over again.

The OFFICIAL Pop the Lock from Simple Machine has arrived.! Tap in sequence to crack the code and pop the lock, but don't make a mistake or you'll have to start from the beginning. How many locks can you pop? How far will you go? 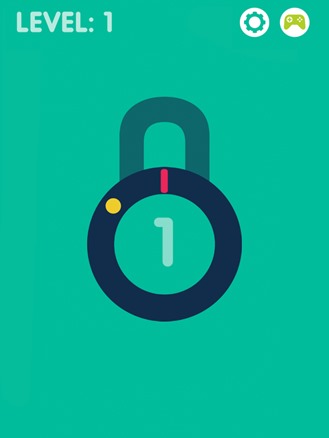