Today, Motorola published a list of the devices it would be updating to Android Marshmallow. And to be clear: that list is of planned updates. All of them. If a device is not on that list, Motorola is not planning on upgrading it to Marshmallow at this time, and that means those plans are unlikely to change. We even have explicit confirmation that Moto X 2014 AT&T and Verizon models, which do not appear on this list, will not be getting Android 6.0. It seems quite safe to say any device not on this list will not be getting Marshmallow.

The Moto E 2015, announced 219 days ago, is not on that list. Android Marshmallow will be publicly available next week. That will give the Moto E 2015 one of the shortest OS-level support lifetimes of any Motorola product in recent memory.

This is aggravating on its own. It's annoying, and it sucks. But you know what really rubs salt in the wound? The fact that Motorola specifically stated when the Moto E 2015 launched that it would be supported down the road. Here is an exact quote from Motorola's official Moto E 2015 marketing demo video earlier this year, released when the phone launched.

And while other smartphones in this category don't always support upgrades, we won't forget about you, and we'll make sure your Moto E stays up to date after you buy it.

Here is the video in question, which I hope Motorola doesn't take down.

So, we have one of two options here. Either A.) the list Motorola published is wrong and the Moto E was erroneously not included (I tried to ask Dave Schuster on Google+, but have received no reply). Or B.) Motorola essentially lied to you and sold you a phone marketed on a promise of future updates it's not getting.

Which is it, Motorola?

We've reached out to Motorola and will update this post if and when we receive a response.

One of our eagle-eyed commenters, Doomtard69 (yep), noticed the following fine print that all but seals the fate of the Moto E. You see, when Moto promised upgrades, there was an asterisk: you'd get one. The Moto E launched with Android 5.0, and was later upgraded to Android 5.1. Yes, that counts. 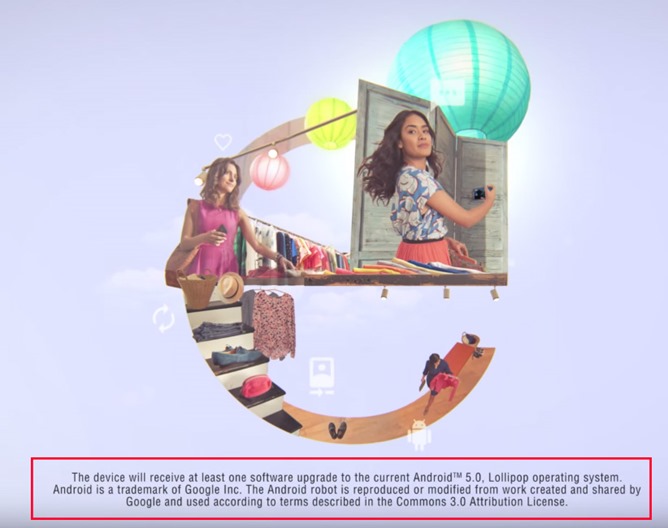