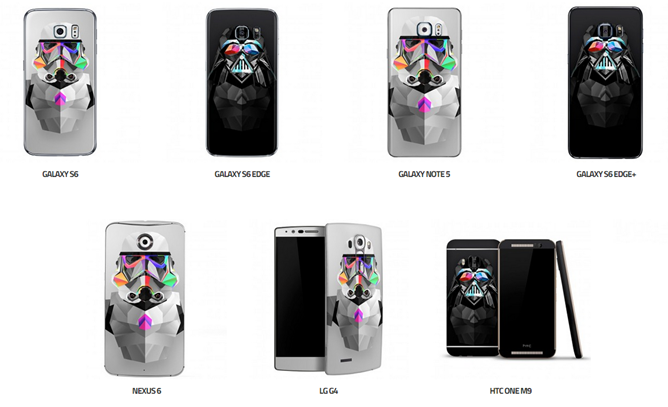 The design of the Galactic decals is interesting, following the Hero series in its low polygon-slash-stained glass window aesthetic. Offering His Darthness and a Stormtrooper makes sense, too - now you have an option that will match either a black or white phone. (C-3PO would seem like a natural third color for all those gold phones out there, but we can't have everything.) Both designs are available for the Samsung Galaxy S6, S6 Edge, S6 Edge+, and Note 5, the LG G4, the HTC One M9, and the Nexus 6, as well as various Apple products and game consoles.

The decals cost $24.95 plus shipping, and each one comes with a matching wallpaper download. Slickwraps' "GOOF policy" will provide you with one replacement decal if you mess up your installation.