The Deer God, despite being a somewhat crude pun, is an atmospheric platformer where you play... a deer. If the premise seems odd, it certainly is, but the rock-solid controls and the stunning voxel graphics make it well worth checking out for just about any platforming fan. The reincarnation mechanic lets you play as other animals with different abilities, keeping the movement and combat fresh, and a series of puzzles help flesh out the already-vibrant world.

The Deer God is a breathtaking 3D pixel art adventure that will challenge your religion and your platforming skills. It's a game about survival, reincarnation, and karma; all set in a breathtaking and unique 3D pixelized world. Feast your eyes on the beautiful lighting, day and night system, and vast landscapes. Become one of the most beautiful animals on planet earth. LIVE AS A DEER. SURVIVE AS A DEER. Android Police coverage: Raywar: Pandemonium Is A Twin Stick Shooter That Does Its Very Best To Make Your Eyeballs Explode

Raywar: Pandemonium is a standard top-down, twin-stick shooter in the style of Geometry Wars. It's also completely over the top: though the graphics are decidedly retro, the lighting effects and explosions are absolutely seizure-inducing (in a fun way). There are also some interesting additions to the twin-stick formula, like the way the game automatically pauses when you take your fingers off the touch controls. External controller support, local multiplayer, and Android TV compatibility are all included.

Destroy infinite number of enemy waves in 14 stages and 4 game modes, unlock 8 completely different abilities, 4 different ships, many achievements and compete with friends and strangers for the best high score. Android Police coverage: [Yo Dawg] Coffee Stain Studios Heard You Like Simulators, So They Made 'Goat Simulator MMO Simulator'

Have you ever wanted to play an MMO game without having to deal with other humans? Have you also wished for that experience to feature goats heavily? Then the latest version of Goat Simulator is for you. It's a Goat MMO Simulator, not a Goat Simulator MMO, so all the "players" you encounter in the World of Warcraft knockoff environment are computer-controlled. It's just as wacky and aimless as the previous games, so check it out if you enjoy hunting for hilarious Easter eggs and watching goats glitch out on physics objects. 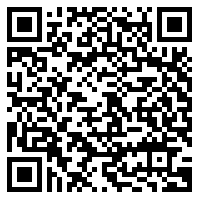 Android Police coverage: Chillingo's Power Ping Pong Is A $5 Game For Those Who Treat Table Tennis Like A Martial Art (You Know Who You Are)

If the old NBA Street team (from when EA was slightly less evil) made a table tennis game, it might look a lot like Power Ping Pong. It has the extreme physics, the over-the-top characters, and the insane super-moves that you might expect from an almost-parody representation of both Ping Pong and martial arts, but there's also a pretty solid game underneath, complete with both online and local multiplayer options.

Do you wield your bat with zen-like focus or do your balls of fury give you a killer spin? Table tennis goes mobile with a twist in Power Ping Pong. Master your backspins and drop shots using intuitive and slick touch controls to outwit a series of oddball Kung Fu fighters – from sumo wrestlers to mad scientists and pandas. Smash your way to the top in Arcade mode or duel with friends in frantic local and online multiplayer modes. 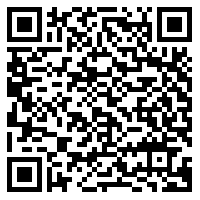 Door Kickers is a top-down tactical game that puts you in control of a SWAT squad that doesn't know the meaning of the term "fourth amendment." The play style is similar to squad-based strategy games like XCOM, but the action plays out in real time and can be paused at any moment, the better to plan your next move. The game focuses on positioning and sight-lines when it comes to victory, so you'll need to use your noggin to find the best way to clear the stage. Unfortunately Door Kickers is only available on tablets.

Door Kickers is the unforgiving, award winning SWAT-command quick tactics game from the PC. Includes all updates and a new campaign, as well as full cross-platform saves compatibility and an all-new interface designed specifically for touch based platforms. Door Kickers mixes old school, no-quarter action with modern ergonomic interfaces and puts you in command of a SWAT team during a tactical intervention. 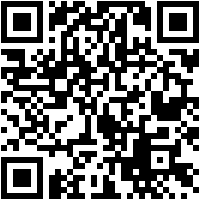 David. (period included) is a unique game, mixing elements of "zen" titles with a little platforming and a lot of top-down space battles. There isn't much of a point except to beat waves of enemies and the occasional boss, but the stylishly simple graphics and the unique slingshot control mechanic make it worth a look if you're bored with more conventional representations of the genre. It's $1 with no in-app purchases, but will go up to $2 soon.

David. // is a game. A game about physics and enemies. A game about struggles and life. A game about David. You play David, an awfully small abstracted chosen hero tossed into a blissfully simple world overrun by giant culminations of evil physics-beasts. As David, you are given a slingshot-esque gift that you will have to use to conquer your colossus foes. Hold, aim, and fling to attack. I poured myself into developing this game for nights and nights and nights. It's almost tough to share. I hope it feels strangely personal. Have fun, friends. 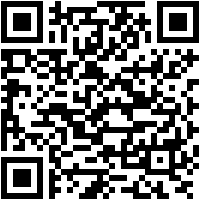 Dead Trigger 3 Unkilled is finally here. It's Madfinger's latest take on the first-person zombie shooter, and while it's not exactly brimming with originality, you can certainly find some mindless bullet-spewing fun inside. Changes from the original series include better graphics, more interesting real-world weapons, and new and unsettling bosses. The single-player focus (and the freemium grind) remain intact.

We are back again: UNKILLED is the best-looking zombie shooter ever made for mobile devices. NYC is the center of the world's latest zombie outbreak. You are Joe, member of the anti-zombie unit WOLFPACK, a private military organization designed to find, track, and eliminate the zombie menace before it becomes global. Three hundred missions--more bang for your buck. Unique enemies and bosses: SHERIFF, DODGER, MINESWEEPER, BUTCHER, and more.

That's all for September - though "all" seems like an odd term to apply to such a big haul. We're expecting even more notable games over the next few months, as the mobile release schedule seems to be following the console trend of big holiday releases. Keep an eye on our regular coverage and bi-weekly roundups for new recommendations.

Nova Launcher v4.1 With Icon Normalization Is Available To Everyone In The Play Store