This morning at the Walter Reade theater in NYC, LG (re)announced the dual-display, triple-camera V10 phone, a device we heard all about last night. After today's (short) presentation, we got a few minutes to play with the V10 first-hand.

The phone is made of stainless steel and Duraguard silicone, materials that contribute to what LG says is superior durability, passing drop tests "from 48 inches at various angles." In photos, the textured, segmented back cover looks kind of weird, but in person it feels pretty nice and isn't too visually distracting. The overall device feels weighty and - because of the stainless steel strips along the left and right edges - smooth. It's also not a small device. It's roughly the same height as the Nexus 6 2014, and seems a bit more narrow. 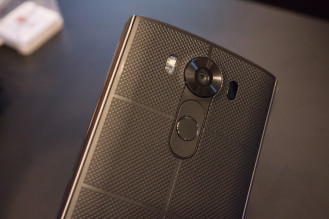 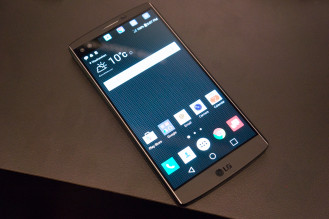 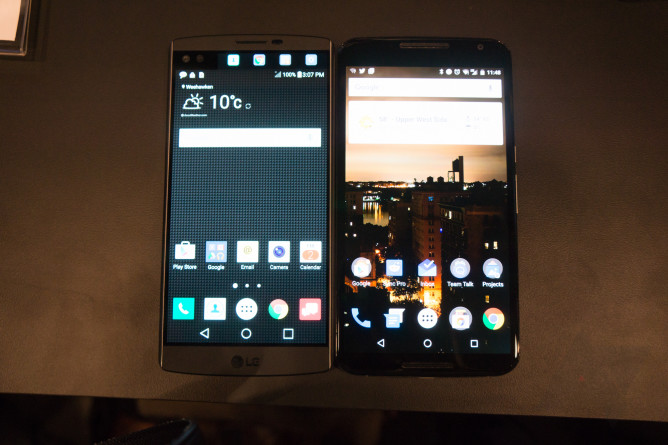 LG is making a big deal about the back though, since it's removable - the V10 has a removable 3000mAh battery and a microSD slot, which is a coveted combination (particularly after Samsung did away with both in its latest lineup). 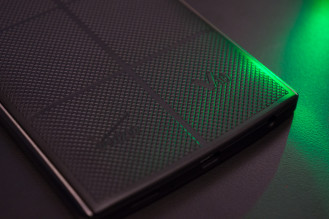 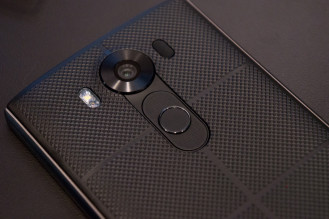 The camera uses electronic image stabilization, and offers manual video capture, which is actually a pretty cool feature. Users can adjust capture settings while filming, including settings just for audio capture, making use of the phone's 3 microphones. The video samples shown during LG's presentation seemed impressive, so it will be interesting to see how the camera performs in everyday use.

One more thing on the back of the device - it has a fingerprint sensor. This is a feature that seems poised to be a standard in modern Android devices, so it's nice to see the V10 isn't left out. 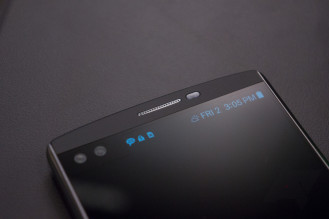 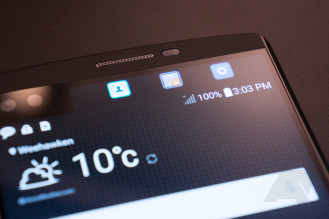 Interestingly, I was told that the secondary display is not actually a discrete panel, it's an extension of the main panel with its own special backlight. Since it's what LG calls a Quantum IPS display, you won't get the true blacks in always-on mode that an AMOLED panel would provide, but that's not necessarily a huge problem. How the secondary display impacts battery life remains to be seen.

Plus there's the dual front-facing camera setup which can capture wide, 120-degree selfies if you're into that.

On top there's an IR blaster and mic, and on the bottom is the micro USB (not type C) port, a headphone jack, and the phone's speaker. 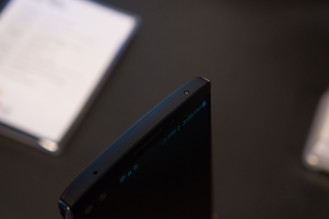 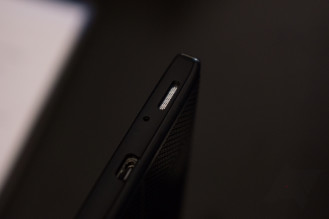 In terms of performance, it's hard to get an accurate picture from a demo unit at an event, so our full review will address that in more depth but from my limited time with the device it seemed as fast and responsive as I would expect with 4GB RAM and a Snapdragon 808 processor.

The V10 is launching in Korea on October 8th, and in the US it will be available at AT&T, Verizon, and T-Mobile in black, white, and blue at a date that wasn't announced today.

AmpMe Turns Multiple Phones Into Speakers For Your Music: How It Works And How It Compares To ...