AmpMe is quite simple to use. Even the settings screen isn't exactly a Settings screen as much as it is an About section with the only real option being the one to sign into or log out of your SoundCloud account. But you needn't even look there. 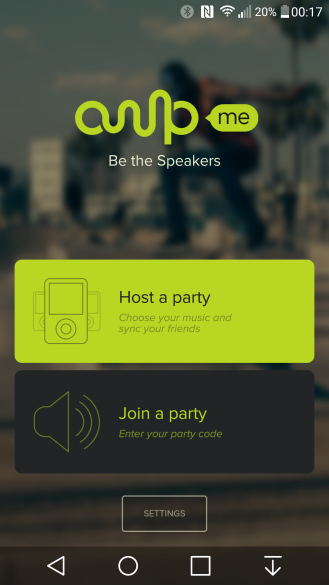 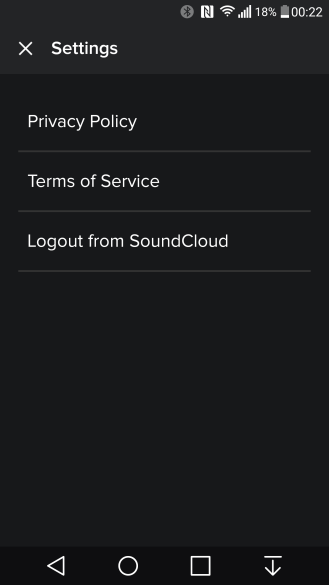 There isn't any friction when you launch the app for the first time. You're simply redirected to the browser where you sign in with your SoundCloud account (if needed, one can be created with a Google+ sign-in) and grant AmpMe access to it. Right then, you should see your list of favorite music to start playing right away. If not, you can search for any artist, album, song, or playlist that you want and it'll show up ready for playback. 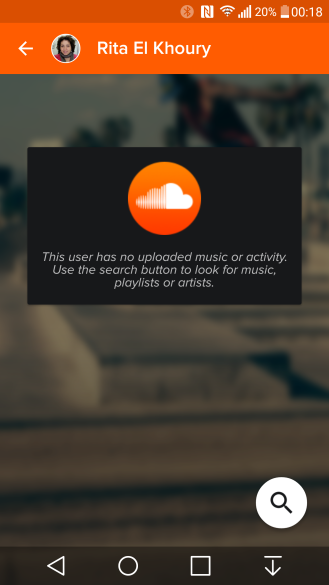 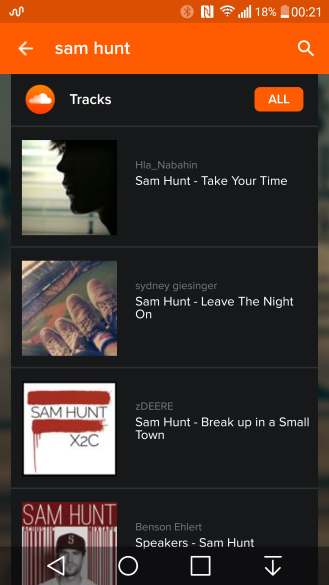 Once you make your choice, the music starts playing and you're given the option to share your party's code with other devices. This can be done either via sharing through other apps (Gmail, WhatsApp, Hangouts, etc) or by manually entering the 4-digit code in the guest device. 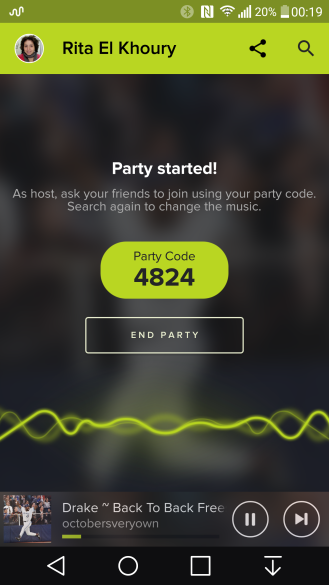 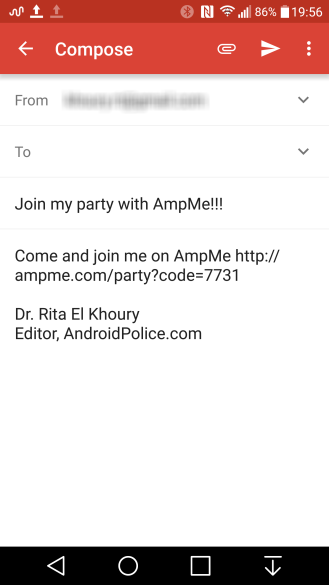 Host devices retain control of the playback. This shows up as pause and skip buttons in the small ticker at the bottom of the party screen, and as a more complete set of controls (with shuffle and mute) on the Now Playing screen. 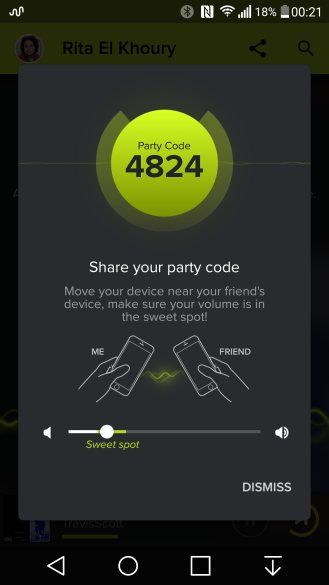 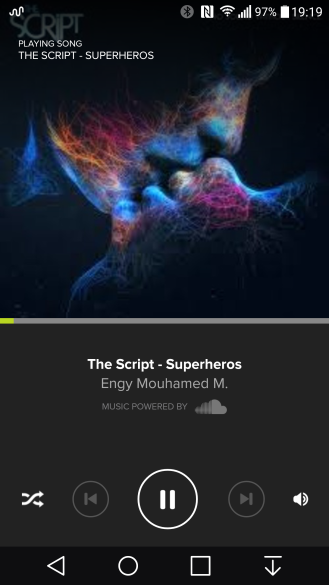 Unfortunately, the notification only shows the current track with no controls in sight. And if it wasn't obvious, only hosts can control playback, change songs, search for more music, and end the party. 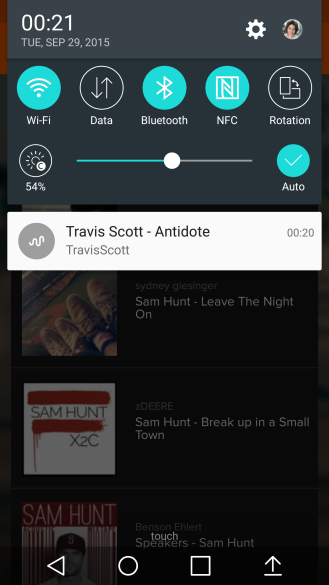 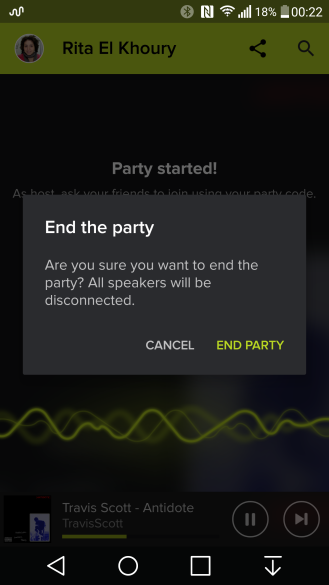 On the receiving end, joining parties couldn't be easier. Either open the link shared with you or tap the button in the app's main screen and enter the 4-digit code. 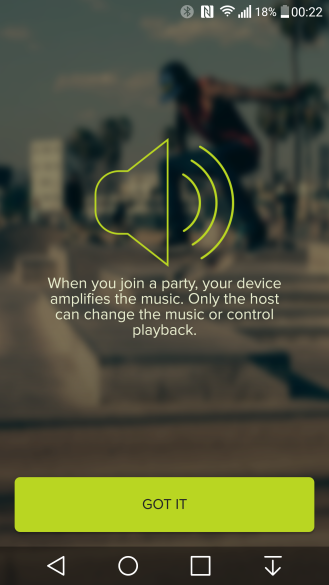 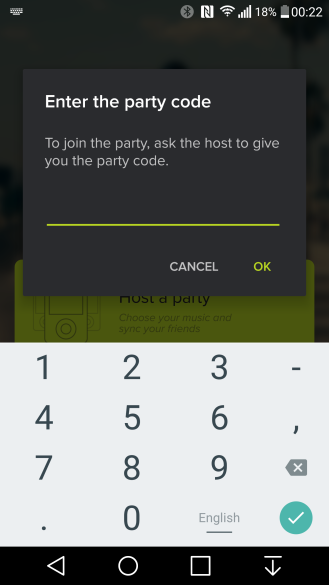 Both devices then go into a pairing mode where the guest listens to the host to synchronize exact song position with it. There's no Bluetooth or WiFi sync, just speaker-based sound matching. AmpMe says it uses "server-centric proprietary audio matching technology" for its synchronization, and the result is very accurate. The downside is that despite not requiring guests and hosts to be on the same network or in Bluetooth range, they still have to be in close proximity for the app to work — at least the moment when a guest is joining the party. If the devices are too far apart, you get a visual reminder to bring them together so they can sync. 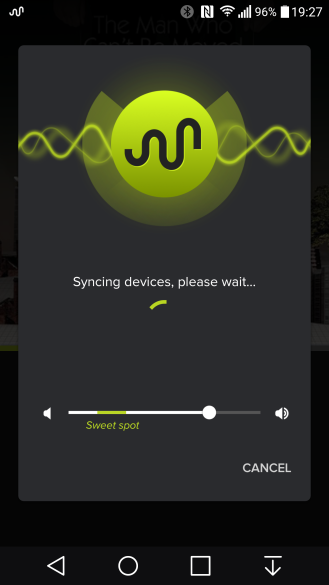 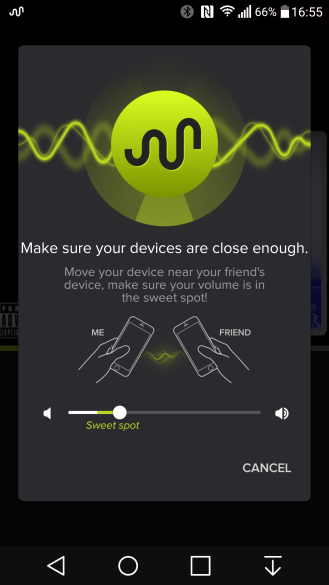 Once sync is successfully achieved, you can take your devices as far apart as you need, and let them play as speakers around the room or office or house. Guests don't have control over any of the music, they can just request a resync with the host, change their own playback volume, and leave the party. 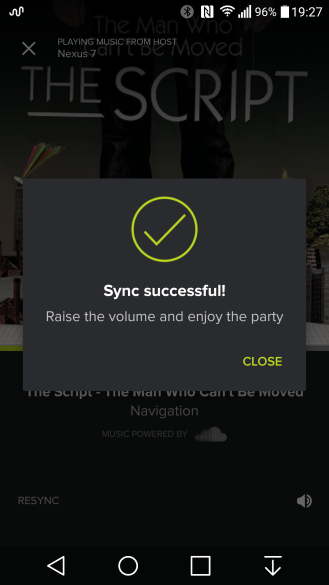 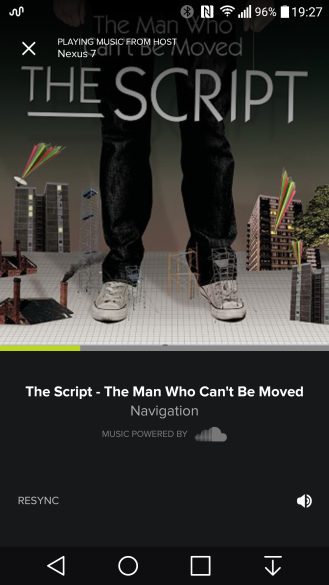 How Well Does It Work?

Very well. The process of setting up everything is as simple as following the very visible icons on the screen to host or join a party, selecting music and getting a party code on the host device, then entering the same code on the guest devices. Synchronization is spot-on from my tests, with two, three, or more devices acting as perfect speakers and filling the room with the music.

My small quibble with AmpMe is that I expected it to work remotely between devices. Since it didn't require them to be on the same WiFi network or within Bluetooth range, I immediately jumped to the conclusion that you could start a party and send a code to your friends or partner even if they're away, and you'd both listen to the same music and share that experience. Unfortunately, it doesn't work this way. The devices have to be close together when you first synchronize them. The entire technology relies on speaker listening and there's no fallback system that kicks into gear using playback position from SoundCloud.

How Does It Compare Against SoundSeeder?

This is a tough one. SoundSeeder, which I've chosen before among the apps that a music addict should try, is very developed compared to AmpMe. In sheer number of features, it is leaps and bounds ahead of it, but it has its own limitations too. Let's go through these by bullet points: 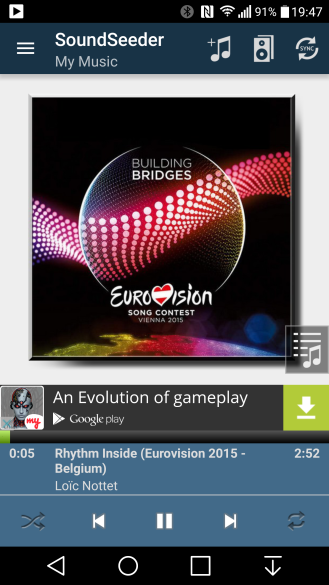 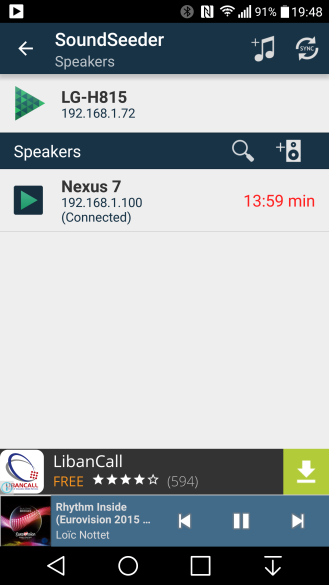 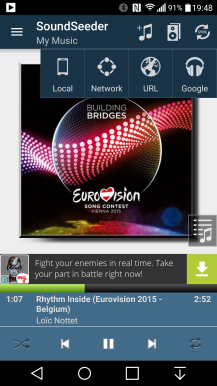 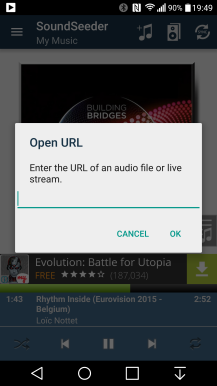 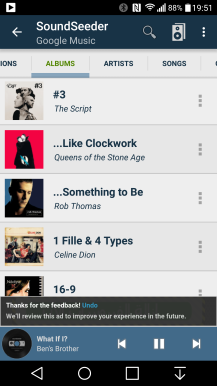 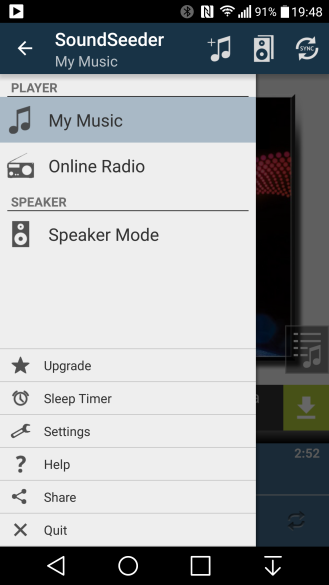 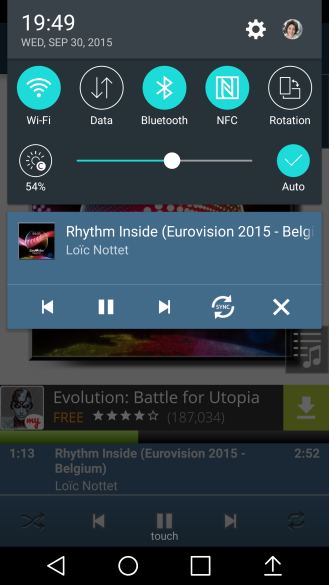 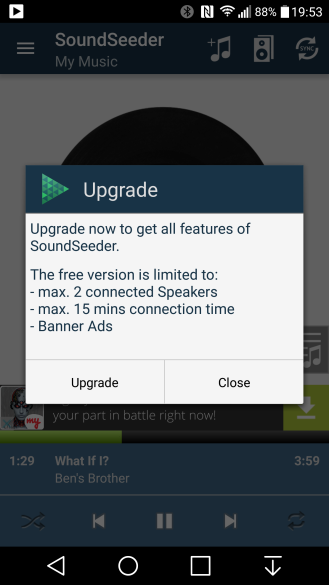 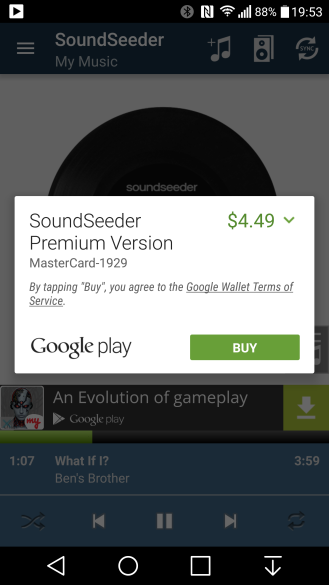 By tallying the numbers, you'll notice a tie of five points for each of AmpMe and SoundSeeder. And that's very representative of the current situation between these two apps. The two clear points in favor of AmpMe are its SoundCloud integration and iOS compatibility. If these are things that you need, you shouldn't look further. But if you're looking for local music or Play Music support, SoundSeeder is your solution. The rest aren't as important factors in the decision in my opinion.

Hands-On With The LG V10