The result of that general directive is the Pixel C, which I had a chance to touch and generally gawk at yesterday in San Francisco. It seems like a pretty bad idea.

You see, when the Nexus 9 was released last year, I reviewed it. It was pretty bad. It's still not great - the Nexus 9 lacks a good deal of the tablet content of iOS, still isn't as powerful as a Chromebook for things like basic text composition and editing or even web browsing, and doesn't even get very good battery life. But most of the problem with Android tablets as a whole is software-related: the OS doesn't feel designed for a large-screen tablet and the content that is available simply isn't as wide-ranging as what you find on iOS or, if you want to look at Windows and the Surface's ability to run full Windows applications (no small feature), even on Microsoft's platform. 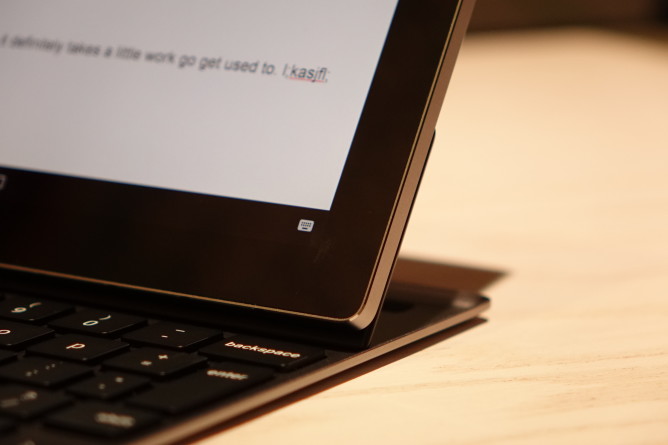 Google is positioning the Pixel C as a professional, productive device with a slightly less eye-watering price tag than the Surface or iPad Pro, and they've even come up with a very nifty keyboard dock to sell the whole concept. The thing is, working in Android as you would on a laptop just isn't a very good experience. Everything is designed around touch (the Pixel C dock has no touchpad), and even if you can add a wireless mouse, it's clear you're a pointer living in a finger's world. You don't have multiple windows or even split-screen multitasking (something that the Pixel C, too, will not launch with) - a veritable nightmare from a productivity standpoint for a ultra-portable "laptop replacement." It's like painting with a set of dull wooden sticks after a lifetime of using brushes: it makes no sense and limits you in all kinds of strange and seemingly arbitrary ways. The difference is that an OS isn't art - functional eccentricities and annoying workarounds are not endearing. Certainly, mobile OSes do have benefits on a big screen (smarter wireless connectivity and sharing features, for example),  but the situations in which they translate to a truly better experience than a traditional laptop are exceedingly rare. More often than not, a mobile OS like Android or iOS simply encumbers your workflow, making simple tasks take longer with more steps, or preventing you from doing certain things entirely, like running specific applications. 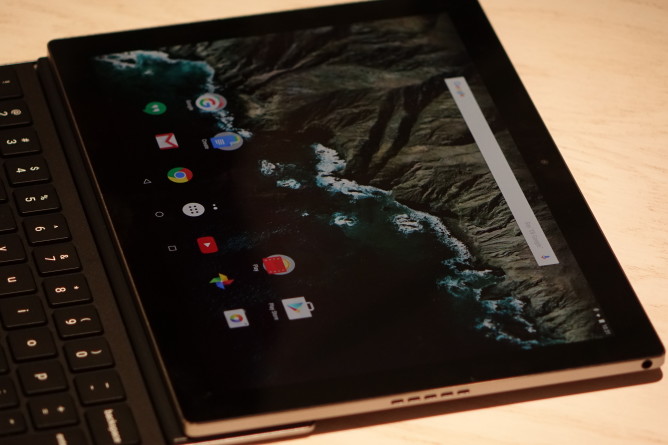 This is why I think the Pixel C is a rather bad idea. The form factor is intriguing, don't get me wrong - it's downright interesting. If the Pixel C ran Chrome OS, this article would be completely different. (That's a product I could get behind in theory; granted, Chrome OS with a touchscreen still is not a very refined experience.) But it doesn't. It's an expensive Android tablet with a fancy keyboard dock, and really, no one apart from a small group of enthusiasts really, truly want that. Android isn't a very good tablet OS to start with (I'm not saying iOS is a gleaming beacon of wonder, either), and attempting to cram it into a more laptop-like workflow seems almost sadistic on Google's part. This product is going to present users looking for a "productivity" device with roadblocks and general weirdness regularly - Android is nowhere near ready for this kind of thing. Google has struggled with the tablet problem since the Honeycomb days, and they've generally failed every time they've attempted to reboot it. Yes, the Nexus 7s sold well, but that was because they were incredibly inexpensive and basically could get by with scaled-up, phone-like interfaces in most apps due to their size and aspect ratio. The Nexus 9 was an utter flop and mainstream Android tablets at anything but the cheap end have all but dried up, even Samsung is just phoning it in now and rehashing old material.

If you just want an Android tablet, the Pixel C may make some sense, but I'm not sure who as a significant group of consumers will buy a $500 Android tablet (and yes, I know some of you will). What exactly can you do on a $500 10" tablet that you can't do on a $250 one? You can watch movies. You can read books or webpages. You can shop. You can look at photos. You can do apps. The more expensive tablet handles gaming better, but holy cow, are we really willing going to hold up a several-hundred-dollar price difference as justified by something like 3D performance? Tablets are popular, in part, because the performance they provide is a marginal concern for most people - if Netflix plays in HD without stuttering and web pages render properly, a tablet is kind of a tablet as far as most users are concerned. So why build a $500 Netflix and Kindle machine when even Apple's iPad is taking serious hits in the sales department? 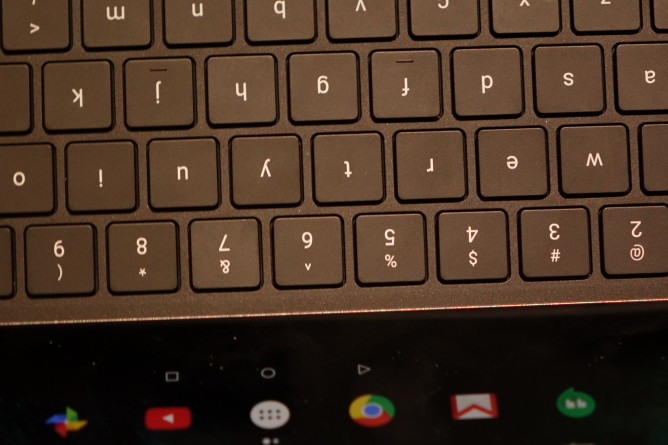 And so, Google's counterpoint is that the Pixel is not just another tablet, the Pixel C is a "serious" productivity device with a stylish, ultra-compact keyboard accessory. But I cannot stress this enough: Android sucks as a "laptop." It is just not good - I actually tried for a week last year to use it in a "productive" fashion by mating a keyboard to a Nexus 9, and even not considering any of the ergonomic issues, the experience simply blows from a productivity standpoint. Android is a user flow and multitasking nightmare compared to even a quasi-desktop OS like Chrome. As a standalone tablet, the Pixel C may be the best Android tablet on the market when it is released (barring any issues with the new Tegra X1), but this is like being the king of an abandoned hill. After years of promises, Google has still yet to build a serious tablet operating system to go with serious tablet hardware, and we're here yet again with cutting-edge silicon that is designed to do what, exactly? Watch Netflix and play the occasional round of Hearthstone? Who exactly needs a $500 tablet to read their favorite magazine or a book on Kindle? Even as the owner of an iPad Air 2, I regularly look at the thing and wonder what exactly it does aside from being pretty and running smoothly that is all that interesting or useful. I'll tell you this: it gets a hell of a lot less use since I picked up a new Chromebook.

Tablets had their moment in the sun, and now we've got a wave of people rediscovering laptops and this new wave of ultra-portables because they have stopped sucking so badly. Smartphones, too, have improved with big, high-resolution screens and are generally very fast and flexible. The high-end tablet stood in for the mediocrity of the mid-range and cheap laptop for years (and the early smartphone's various pitfalls), and now that those laptops are decent again (great battery life, not awfully slow, light, solid ergonomics) and smartphones are so much more capable, the tablet appears more and more out of place. And so, like Apple, Google is attempting to bring the tablet and tablet OS into this new age by slapping a keyboard on it (OK, and in Apple's case, a pen) and then just kind of leaving the rest to content developers. Content developers who have no real reason to cater to these devices unless they sell in massive quantities. Sorry to burst your bubble, but the Pixel C won't sell in massive quantities. It will be lucky to break six figures. Most small developers will scoff at it as they have almost every Android tablet to date and there is no reason to think this is going to change. If anything, it might even be worse: a new aspect ratio and an extremely rare processor may as well paint a big, red "X" on the Pixel C's door.

I'm sorry, Google - as someone who loves Chrome OS and loves Android (and would love to see Android apps on Chrome OS), the Pixel C seems like a terrible case of misjudging the market and the state of the ecosystem. A powerful Android tablet would have been great three or four years ago. Today? It's an answer to a question I don't think anyone is seriously asking anymore. And to our readers, I would suggest taking a step back and considering just what it is about the Pixel C you find appealing. The elegant industrial design? The interesting engineering behind the flagship accessory? The "premium" components and all-metal body? I would take a long, hard look at those things, because they're exactly the ones we harp on Apple fans for mindlessly praising in the absence of considerations about actual utility. And that is exactly where I think the Pixel C will fail. 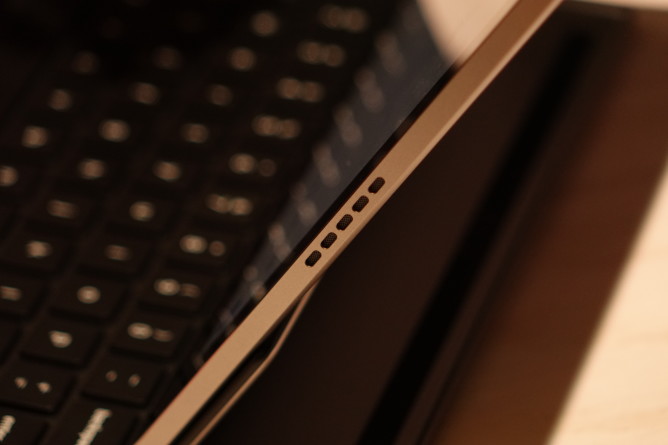 Need For Speed: No Limits Speeds Into The Play Store Like It's Dodging The Cops, But Has To ...