Just as we reported yesterday, the Pixel C will have a 10.2-inch 308 PPI touch display with a brightness level of 500 nits. The whole thing is powered by NVIDIA's monstrous Tegra X1 processor with Maxwell GPU, will come with either 32 or 64 GB of storage, and is packing 3GB of RAM. It's also sporting one of the best features of the Pixel Chromebooks: the lightbar. Not only does it look great, but it's also useful — double tapping it will show the remaining battery life. So badass. But the Pixel C's keyboard is easily one of the most amazing features the device has to offer. It attaches to the tablet magnetically, and connects over Bluetooth. It's smart — the tablet knows when the keyboard is ready for use and when it's tucked away behind the device. And the tablet will also inductively charge the keyboard whenever it's closed, which is just sort of mind-boggling. 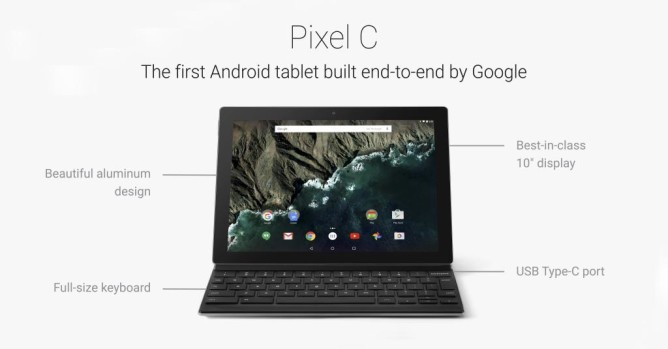 There's a Pixel C landing site with a bit more info, high-resolution images, and an email signup. Check it out.

Chainfire Transfers Ownership Of SuperSU To CCMT, Will Remain Involved In The Project For Two ...