The stalwart Nexus warriors who have been making do with the Nexus 5 for the last two years finally have another option in the same size range. The LG-built Nexus 5X is official, and it's available for pre-order today. It's the Nexus 5 the internet deserves, not the one we need.

We already had a good handle on the specs from the numerous leaks, but here's what we know. We'll update this as we learn more.

So yes, it looks like your worst fears have been realized. The first modestly sized Nexus we've had in two years still only has 2GB of RAM. It will, however, ship with Android 6.0 Marshmallow. Maybe it'll be much easier on the memory and make 2GB sufficient. 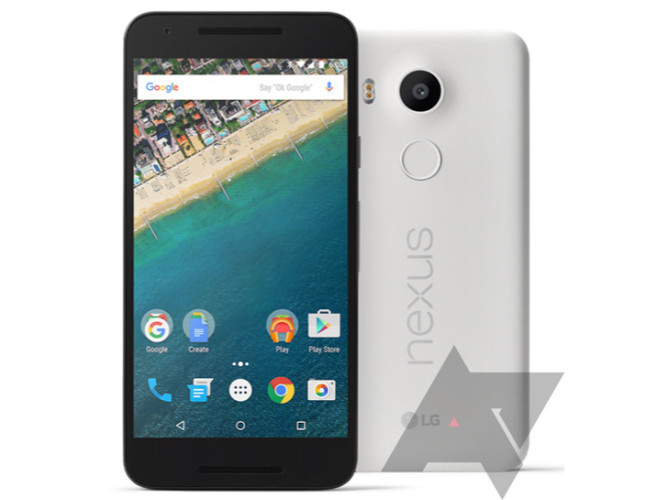 Google is pushing the fingerprint reader on the back as a major feature. It ties into Android 6.0 to unlock your device and log into supported apps. This is also a much more rational spot for the sensor than below the screen, a la OnePlus and Samsung.

Google says the camera is a vast improvement over past Nexus devices with the laser autofocus and large 1.55μm pixels. Theoretically, it should be able to take pictures in low light that don't look like butt. I suppose we will see about that. One possible stumbling block is the lack of optical image stabilization. That's not listed in the camera specs, so it's probably confirmed from yesterday's leak.

You can pre-order the phone today on the Google Store for $379.99 (16GB) and $429.99 (32GB). It's launching in the US, UK, Ireland, and Japan at first. It comes with $50 in Google Play credit and 90 days of Play Music All Access. A previous leak claimed the 2015 Nexus phones would only be available in the Google Store, but we don't know for sure if that's the case. They did mention carriers in passing.

Only a few of these countries are included in the preorders, but give it time.