This year's Nexus launch seems to have gone surprisingly smoothly - there's no angry mob of disgruntled fans gathering outside of Google's headquarters after everything switches over to "Coming Soon" on the order page. In fact, the gadgets that were immediately available for purchase are already shipping, at least to some customers. We've heard from multiple Android Police staff and readers that say their Chromecast 2015 and/or Chromecast Audio units have already shipped. 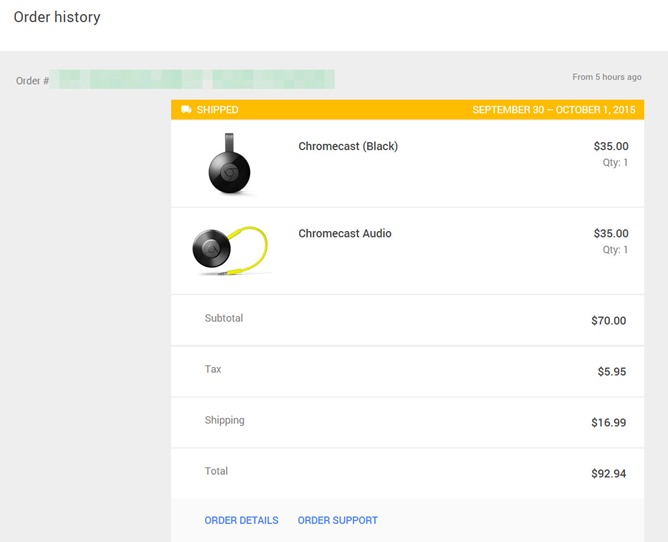 If you sprang for next day shipping, you might even get your new streaming doodad tomorrow. Artem's is coming tomorrow, or possibly the next day. We'll see. Now that I think about it, perhaps I shouldn't have mentioned that - now there will be a mob of happy fans waiting outside his door until the UPS truck comes by.

Obviously this doesn't apply to everyone - plenty of people are still waiting on their Google Store orders to process as well. If you're eager to get your hands on a new Chromecast, remember that they tend to go out to retailers rather quickly; Best Buy would be a good place to check.

DxOMark Says The Nexus 6P's Camera Is One Of The Best Available, Second Only To The Galaxy S6 Edge