You could say that Google Now on Tab has had an on-again-off-again relationship of sorts with the Android M developer preview. Back when version 5.3 of the Google app rolled out a few weeks ago, it enabled the functionality we saw detailed during Google I/O. If you tried to use Now on Tap a few days after that, it didn't work. Eventually you would see a pop up window saying, "Now on Tap is coming soon! Stay tuned..."

Google showed off Now on Tap at its Nexus event today, and now the feature is working. Imagine that. Developer preview users can again see cards generated based on the text and links within an app. 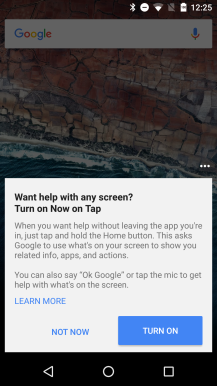 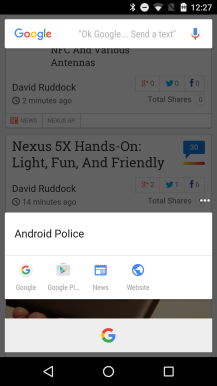 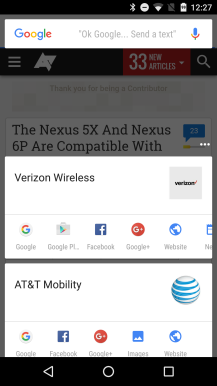 Android users who haven't flashed their devices will get to use Now on Tap when Marshmallow starts rolling out over the next several months. Nexus owners can expect updates in the beginning of October.