The big news of today was, of course, Google's announcement of Android 6.0 / Marshmallow. However, it's still going to be quite a while before we start seeing it widely distributed on devices not called Nexus. Now that we have that out of the way, AT&T's Galaxy Note Pro 12.2 variant can finally say goodbye to KitKat. Following Verizon's release of a similar OTA last week, Samsung and Big Blue have finally released an update for the mammoth-sized tablet, bumping it to Android 5.1.1 / Lollipop. 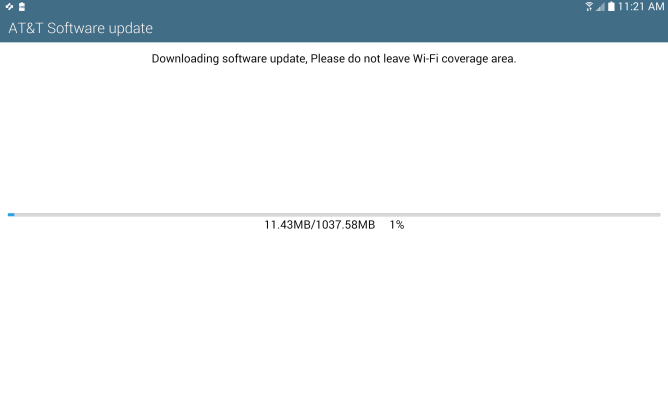 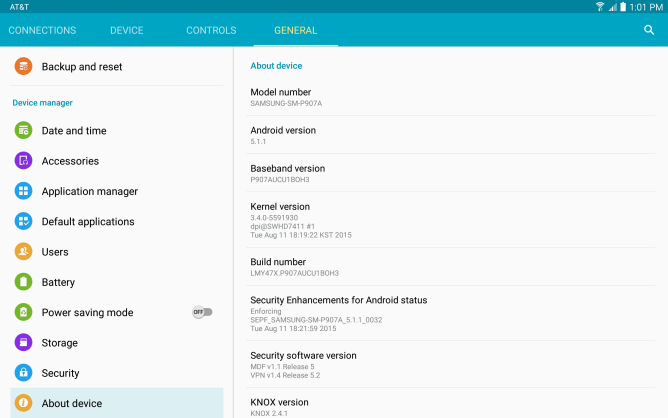 The OTA weighs in at just over 1 GB, so allow plenty of time to download it. The firmware version is P907AUCU1BOH3 and is based on Android build LMY47X, as is most of the 5.1.1-based firmware that Samsung has put out for its devices.

Other than the OS upgrade, AT&T tells us that some of the pre-installed apps were removed, namely WatchON, Beats Music, and Famigo Kids. For getting rid of three, we get one new one, however - Amazon Shopping. Still, a net loss of two apps that most people never use is definitely a big positive. It remains to be seen whether this update finally fixes the infamous blue screen of death that has plagued this P907A variant since launch. That said, I have used mine very heavily today and have not had the problem, so I'm cautiously optimistic.

While Lollipop may be a bit anti-climactic on a day like today, a major OS upgrade is still a big deal. There's no telling whether or not the Pro series tablets will get Marshmallow in the future, but there is plenty of reason to be hopeful considering the devices were only launched about 18 months ago. Samsung tends to have a pretty good track record of keeping their flagship phones and tablets updated for at least two years. Of course, this is just pure speculation on my part until we see an actual OTA roll out somewhere in the world. Time will tell.

The Nexus 5X Does Have A True RGB Notification LED Just Like The 6P, But It's Missing From The ...