Evernote users who prefer to use homescreen widgets to access their information have new options starting today. The latest update to the note-taking app (version 7.2, at least on my Nexus 6) has three new widgets to check out. The first is a standard list of your most recently-viewed notes, the second is a horizontal bar with a user-customizable set of actions, and the third is a single 1x1 widget with one selectable action. The choices are surprisingly customizable thanks to the pre-roll screen that appears before placing a widget. 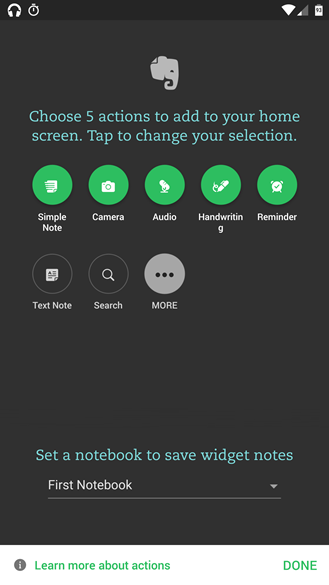 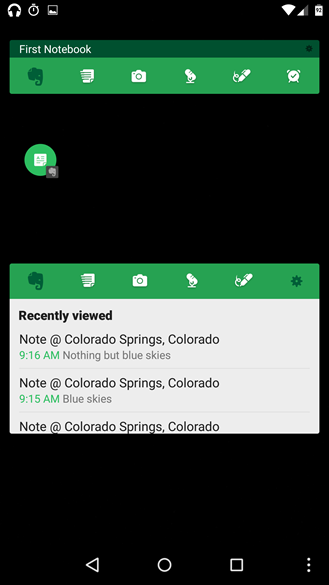 Most of the early reaction to the update seems to be positive, though a few of the latest reviews in the Play Store seem to prefer the older widget design. Other than the new widgets, the changelog for the Android app doesn't mention anything except the usual "miscellaneous bug fixes." Evernote doesn't seem to be using the staggered rollout system in the Play Store, so you can download the update directly. If you need to access it on a non-Play Store device, the latest version has been uploaded to APK Mirror.