After a very long wait for owners of the AT&T variants of the Samsung Galaxy S6 and S6 Edge, they are finally getting updated to Android 5.1.1. This is in large part due to the upcoming launch of Samsung Pay on September 28th. Most other current generation Samsung devices needed some updates to be prepped for Samsung Pay and most carriers have issued them over the past day or so.

AT&T owners are the only ones who are being brought up to date from Android 5.0.2, which is why the updates are roughly 670 megabytes. 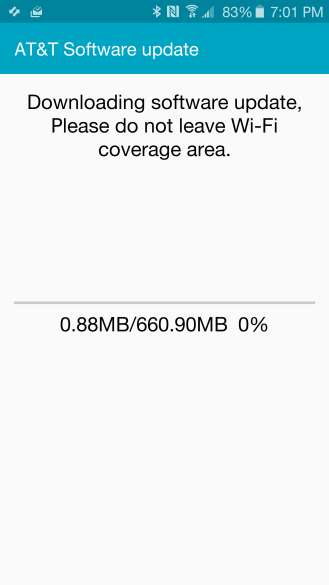 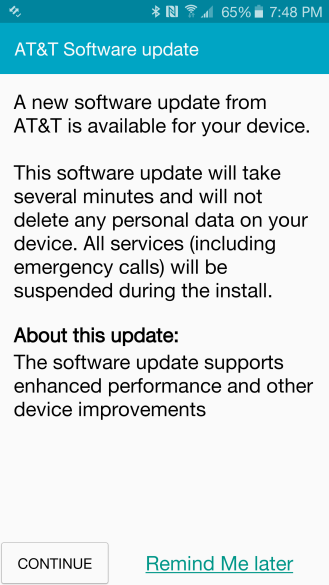 , but various users on XDA are reporting success on both the S6 and S6 Edge. Bear in mind that AT&T variants cannot update from the Mac/PC SmartSwitch app, so it must be taken as an OTA.

We have a possible fix for AT&T users whose updates are failing to install.

As mentioned, I could not get my personal AT&T S6 to install the update. I finally got it to work after enabling all the system apps that I had disabled before trying to do it. I have seen others report success with this as well. If you have already tried and failed, just manually set your date a day ahead to check the servers for the OTA again.

Meanwhile, the other major carriers are pushing out last minute updates to get phones ready for Samsung Pay. According to their website, Verizon pushed updates for the S6, S6 Edge, S6 Edge+, and Note 5 today, September 25th. We already briefed you on T-Mobile's updates pushed out earlier today. Last but not least, Sprint has scheduled updates for the four devices, each dated September 26th.

Interestingly, while AT&T users are getting the update, they are the only carrier for which the support site does not claim there is a new OTA available. Regardless, it is definitely happening.

If you want to use Samsung Pay when it launches on Monday, start checking for updates and you will probably find one waiting.

Inbox On The Web Now Supports Drag & Drop And Copy & Paste For Images Into Email Composer, A ...