Show of hands: how many Android Police readers are still using Android 2.3 or lower on a phone or tablet? According to the latest distribution numbers, it's under one in twenty of Android users worldwide - the rest have upgraded to Ice Cream Sandwich (4.0) or later. (We don't talk about the whole Honeycomb thing anymore.) That being the case, it's understandable why the developers of SwiftKey have decided to stop supporting those older machines with the latest beta version of the custom keyboard app. 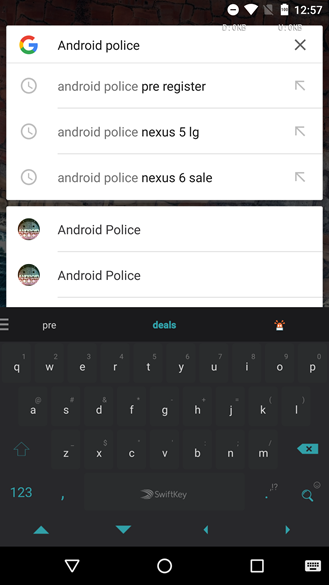 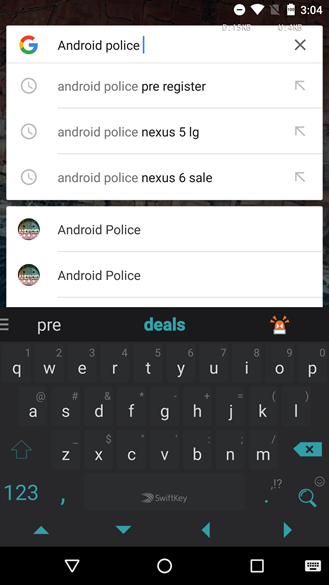 The beta also fixes a rather annoying bug that only shows up if you're using SwiftKey on one of the Android M(arshmallow) preview builds. It manifests as teeny-tiny key fonts and icons that make it a bit hard to tell exactly what you're typing on high-resolution devices. See above: the left image is the current release version, the right image is the beta. If you've spent the last 10 years destroying your eyesight by squinting at LCD screens for hours a day like I have, you'll appreciate the fix.

To join the SwiftKey beta program, join this Google Group, click the "Become a Tester link," then go through the usual Play Store beta testing program. Unless you're on a Gingerbread phone, in which case you might want to backup your SwiftKey APK.