You know how you can press the little music icon while you're doing a Google voice search, and it will identify a song playing in the background Shazam-style? It looks like that functionality is making its way to the Android version of Google Play Music as well. A few of our readers and one Android Police staff member have seen the "listen for music" prompt while using the built-in search function in Google's default music player. It looks like this: 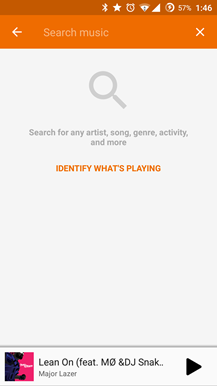 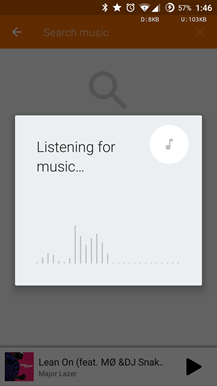 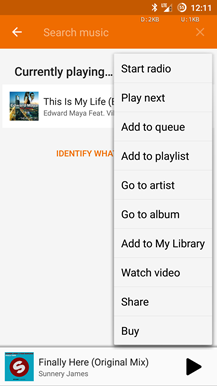 The tool appears to be independent of specific versions of Google Play Music or the Google search app, so we're probably looking at another Google A-B testing session with server-side functionality enabled. The feature seems to be active for a very small percentage of users, at least for the moment. We've seen reports of enabled users in the US, Germany, and Brazil, and some are reporting that opening the app settings page for Google Play Music and clearing data will enable it when the app is started again. (That hasn't worked for me personally, but give it a try if you want.)

As some Google+ commenters observed, adding this particular feature to the Google Play Music app seems a bit redundant. If you already have the app open, presumably you're looking for a specific song, album, playlist, or radio station, and you don't need to look anything up via audio. If you happen to hear a song as you're passing, surely just opening Google Now with the swipe-up gesture would be faster? Update: I've been informed that opening a playing song in Google Music will show it in your library if you're subscribed to All Access/Music Unlimited, which makes more sense than the Search version, which opens the relevant song in the Play Store. See above.

This may or may not be enabled for a wider range of users soon. We'll see.

Just Cause 3: Wingsuit Tour Lets You Ride Along With Rico In Virtual Reality