So it's no wonder that the sequel, Just Cause 3, is making waves months before its release. In addition to the standard shooting/driving setup and the unique parachute/grapple hook mechanic of the previous game, the third entry will give players infinite batches of C4 explosives and a wingsuit for even more ways to traverse the massive game world. To drum up a little more excitement before the December release, publisher Square Enix has released a VR app for Android that lets you play around with the wingsuit.

Well, sort of. It's more like you get to ride along with protagonist Rico as he blows the crap out of various locations while never touching the ground. (Infinite C4, y'all.) But the rendered video shows some of the core gameplay in 360-degree glory, and if you don't happen to have a Google Cardboard or similar headset, you can watch the video in full screen and still get the omni-directional experience. There are also a handful of extras thrown in for more marketing points.

Man, December cannot get here fast enough - I can't wait to knock someone off a motorcycle with a mid-sized sedan tethered to a helicopter once again. 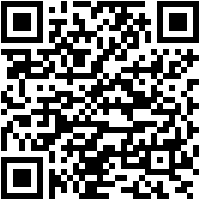 Disney Infinity Toy Box 3.0 Arrives On Android, And This Time You Can Play With Star Wars Characters