Sometimes the smallest changes can make for the best improvements. The latest update to Chrome Dev for Android scored some points with us earlier for expanding theme color support for users that don't care for merging their tabs with apps, but that wasn't the only cool enhancement that came along. Users can now look forward to seeing a snackbar open up each time a download completes. The handy widget shows both the name of the downloaded file and a button to open it. 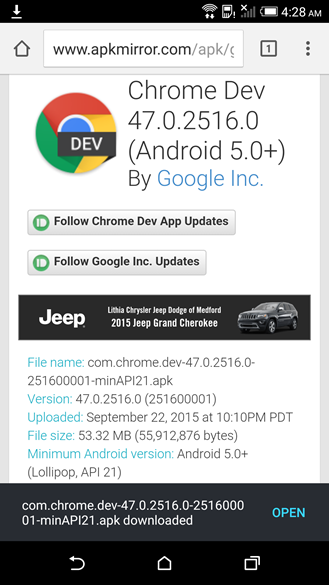 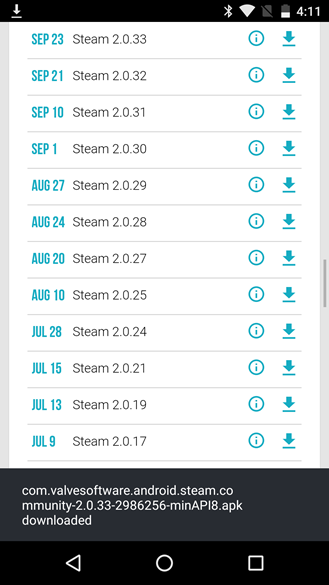 There are a couple of little issues with the current implementation. To begin with, the snackbar can't be dismissed with a quick swipe to the side. This isn't strictly necessary, but it is recommended in the design guidelines. Also, if you just don't like the extra visual feedback, there's no setting or hidden flag to turn it off. Finally, there seems to be a bug that prevents the Open button from appearing on Developer Preview 3 (shown in the screenshot above). This is the Dev release, so bugs should be expected. Most of these details will probably be ironed out by the time Chrome 47 hits Beta.

If you want to see the new snackbar in action, you'll need version 47.0.2516.0 (available from the Play Store and APK Mirror).