Welcome to the latest entry in our Bonus Round series, wherein we tell you all about the new Android games of the day that we couldn't get to during our regular news rounds. Consider this a quick update for the dedicated gamers who can't wait for our bi-weekly roundups, and don't want to wade through a whole day's worth of news just to get their pixelated fix. Today we've got a super-fast platformer, a unique 2D exploration game, two tunnel runners, a minimal twitch game, yet another soccer manager, and (sigh) a game from a bunch of Let's Play "stars." Without further ado:

HoPiKo is a platformer that abandons such things as precision or exploration for pure speed. A single tap will advance you to the next platform, but a variety of obstacles will smash your player character into pixelated bits. Some unique art direction and thumping music help you stay in the mood. There's a story behind it all in a Tron sort of way, but the visuals and the twitch gameplay are what you're really spending your $4 on.

The evil Nanobyte virus is out, gaming is over... It’s time to hook up your power gloves and save your HoPiKo brothers. HoPiKo is an intense speed run platformer where you get to save gaming. Jump from platform to platform avoiding death, exploiting shortcuts and ripping through 100s of hand-crafted levels, each one dropped into a 5-stage mini run designed to break your mind. 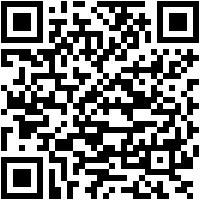 In Beacon 38, you're tasked with exploring a trippy space-based environment with nothing but sonar. The use of "sound waves" to navigate and identify the stages makes the core mechanic quite unique, and the art style of the levels and enemies is an interesting mix of science fiction and macabre. There's a story to explore while you're poking around the 2D world, and your ticket will cost a reasonable $3 with no in-app purchases.

Beacon 38 is a mobile exploration game where you use sonar to navigate through a dangerous, beautiful alien world that constantly surprises and challenges. See if you can navigate your tiny scout ship past massive predators, mysterious creatures, and unknown peril to escape the 38th Dimension. Using the core mechanics of sonar pinging and navigation, you make your way through an ever changing, evocative ecosystem that must be understood to be overcome. 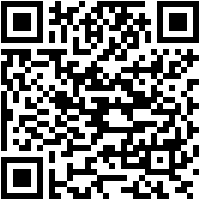 Hypersurf is a fast-paced and possibly seizure-inducing tunnel runner with a focus on timing and shooting. The 3D graphics are more ambitious than most similar games, and a wide collection of power-ups and playable characters (from the Fat Baby franchise) keep things interesting. You'll need sharp eyes and fast reaction times to get very far. Hypersurf is free with a single $1 in-app purchase to permanently unlock individual characters. Here's a similar tunnel-style running game, but this one focuses on multiplayer racing instead of shooting. It's also squarely situated on the "masochistic" end of the difficulty spectrum, which comes partly from its cumulative increasing speed and partly from a tilt-only control scheme. The game's a bit on the simple side with a first-person viewpoint and basic 3D graphics, but no less entertaining for that. Free with no in-app purchases.

Fun and addicting game featuring extreme speed single and online multiplayer rage quit racing. Rage quit alone or rage quit against friends and family via online multiplayer games. That's right with eyes twitching, shout, scream and anger all those around you when you discover that this game will smash you to bits. Have more need for speed? Then use the nitro boost, but carefully or you're dead in the water. 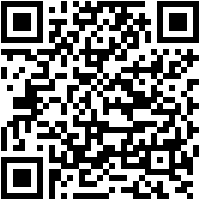 Halos is a twitch game that couldn't be simpler: watch the balls as they fall and swipe to the left or right to match them up to their corresponding targets. Like most similar minimal games it features a thumping techno soundtrack and some bright, easy-to-see colors. There's not much to it aside from the core reflex-straining mechanic, but it's free with no in-app purchases.

The mesmerizing react-and-match game that lets you jump in & zone out. What’s all the fuss about? Halos is an addictively simple and fast-paced matching game. If you love Match-3 games but are looking for something a little more zen, yet still challenging, this is the game for you. Your challenge is to slide each falling Halo toward its matching ring before it shatters. 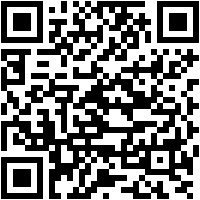 Square Enix is back with yet another soccer manager... wait, didn't they already release a Championship Manager earlier in 2015? Indeed, "Championship Manager: All-Stars" was released last month. Apparently that was the multiplayer version of the game, and this one... isn't. So if you enjoy playing against the computer, selecting from hundreds of pro soccer teams, and paying lots of in-app purchases to get through the grind, have a go.

The world famous Football Management game just received a major upgrade, with tens of thousands of real players available to sign and over 450 clubs from 25 playable leagues to manage – it’s time to LIVE THE DREAM and take control of your club.
Nurture and develop your players, design training programmes for the team or target individuals for specific work, choose formations, give tactical instruction and then watch how all of this affects your overall team performance on match day...

PewDiePie is a man who plays video games on YouTube, makes funny noises, and gets paid quite a lot of money. It seems somewhat unlikely that he and his fellow Let's Play web celebrities actually created this basic 2D platformer, but they do contribute their voice "talents" and a metric ton of pixelated memes to its production. It's expensive at $5, but at least it doesn't have any in-app purchases.

Join your favorite YouTubers on an Epic Quest in PewDiePie: Legend of the Brofist. Enjoy this amazing 2D platformer in the palm of your hands. 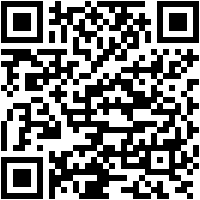 The Google Play Services v8.1 SDK Is Now Available, Includes A Few Enhancements And A Couple ...