Astro Party is a mix of classic, super-simple elements from Asteroids and a four-player local party game setup. Each player controls a single ship with two corner buttons, steering and shooting to kill the other players, avoid obstacles and turrets, and grab power-ups. Obviously it's best with a tablet (and a big tablet at that, unless you're really close to the other players), but the madness that ensues if you can get four players together is worth a little shoulder-bumping.

Astro party is the ultimate casual party game. Up to four players can play this game on one device. Control the hilarious spaceships in a competitive deathmatch. 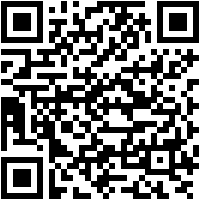 Blast Force is a runner game that's all about the guns. There's a bit of basic platforming to be had as well, but but you can actually slow your descent (and help you get a bead on the enemy). Huge power-ups and a variety of weapons keep things fresh, and the simple graphics are both charming and effective. The whole experience reminds me of Broforce (with just a little less testosterone). The game costs just under two bucks with no in-app purchases.

Blast through 30+ levels of shoot’em up / arcade platforming gameplay. Test your reflexes, avoid obstacles and take aim at the corrupted machines of the Blasttopia INC. factory. You will run, jump and shoot your way to the evil mainframe and you will encounter many challenging enemies along the way. Do you have what it takes to save mankind from a robotic revolution? Sky is another super-simple Ketchapp game that's all about the timing. Singe or double-tap to get your block over variable obstacles, and your block doubles whenever you pass one of the green tents. The graphics are simple and appealing, matching the minimalist music to put this one somewhere in the "zen" category. The game is free with some rather heavy-handed advertising, but a single $2 in-app purchase removes them.

Fly, Jump and Clone yourself into a fantastic adventure with SKY. In this new game developed by the same team behind Phases and The Line Zen, you're in control of multiple characters as they run through a 3D mystical world filled with trouble. While playing, you'll be jumping over obstacles and attempting to beat your top score. Watch out, because sometimes things aren't quite what they seem... When you enter into the green huts your character will clone. . 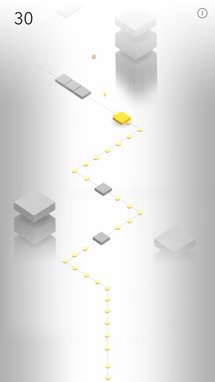 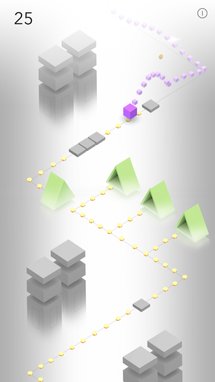 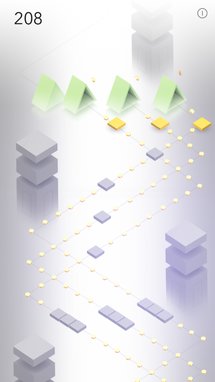 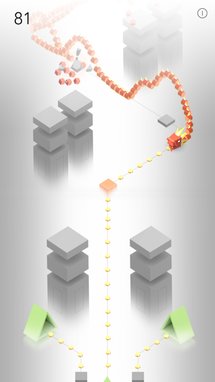 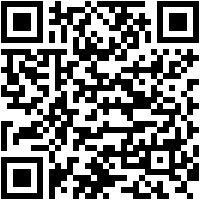 The Ascension is a minimalist jumper game with a new spin. (Get it? I'm sorry.) Instead of moving your character left or right with a tilt of our phone, a tap revolves the hexagonal playing field, so perfect timing gets you one level higher by removing a one-use-only jump pad. Get as high as you can on the scrolling screen and grab some extra points if you can - that's about it. Like Sky, The Ascension is free with a small in-app purchase to remove ads.

Ascend as high as you can. Tap to rotate the platforms and allow your bouncing ball to reach higher grounds while collecting valuable pyramids. Beware though, speed increases and platforms disappear... Will you make it to the top? 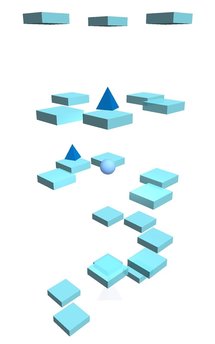 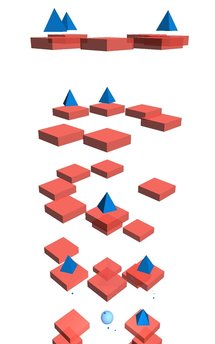 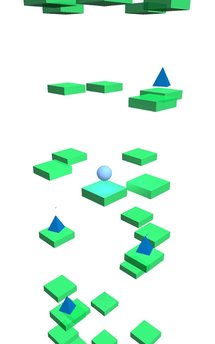 Sports fans love an underdog win, so I imagine that there's a worldwide uptick in interest for rugby at the moment. (If you're an American, rugby is like football, but with fewer pads and more crumpets.) The latest version of Rugby Nations manages to out-class most competition for other major sports (lookin' at you, EA) by offering a single $5 unlock for all features. Real international teams, a season manager mode, and decent graphics are in the game's favor, but a lack of multiplayer options does not.

Celebrate the World Cup in style with the most realistic Rugby game on mobile - Rugby Nations 16. Live events and fantastic new gameplay will get you into the celebratory spirit just in time for the biggest Rugby event this year. Brand new TOUCH CONTROLS will allow you to play Rugby like never before on mobile, easy to use for even the newest of players. Optimized Phoenix™ technology drives fantastic 3D visuals, enhanced gameplay and slick animations to deliver the most atmospheric Rugby experience on Google Play. 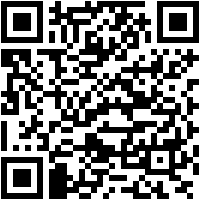