Take a look at the image above. While it lacks some context, you may recognize the circular shape of that hunk of plastic and pogo pins as the rear cover of a smartwatch. A Huawei Watch, to be precise. And what's front-and-center in focus? Well, initially it just looks like... a big hunk of metal. Upon taking apart the watch, I immediately noticed it was highly magnetic and had been glued down to an area of the watch that corresponds with an unexplained opening on the case pictured below. 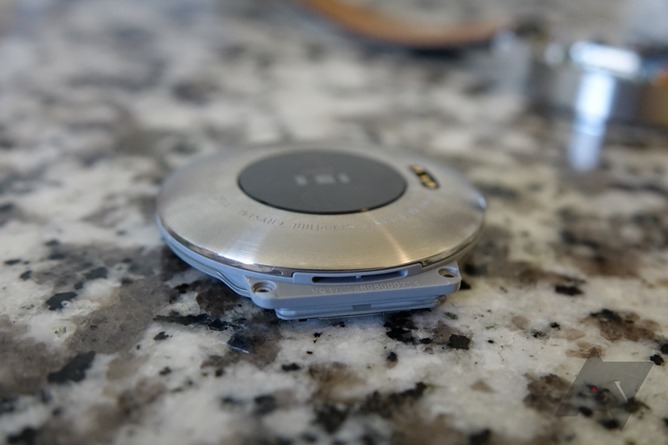 You might think this was an opening for the microphone, but on the opposite side are two discrete openings for, you guessed it, the watch's mic(s) (there appear to be two). So, I started wondering what exactly this module could be, and given the opening next to it, my assumption was that it was a speaker of some kind. And it looks like that's exactly what it is.

The design is, in fact, extremely similar to the modules Huawei uses for earpiece speakers in its smartphones like Ascend Mate 7 and Ascend P7. Here's what one of those speakers looks like (found on a part supplier's site, and not the only similar example). 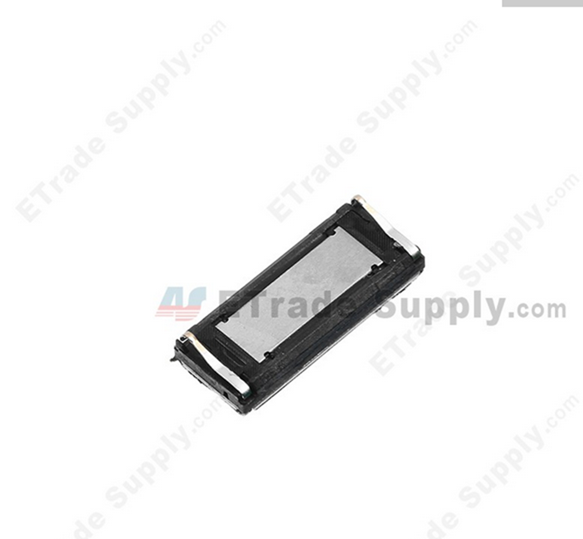 You'll notice that while the Huawei Watch's module is certainly a bit different, the basic design is a dead ringer. You have two leaf-spring style metal contacts, a large metal block in the middle (the speaker magnet doubles as a magnet for the charging cradle), and a black plastic surround. On the opposite side, you have a diaphragm for the speaker with an adhesive surround to enclose the moving element around whatever it is attached to, in order to create a resonance chamber. As to the differences between the watch piece's design and the one above, I'd wager that's down to the specific needs of a speaker in a smartwatch versus smartphone sort of application.

Below the area this "speaker" element sits on the Huawei Watch, there is clearly an area cut out for such a resonance chamber. I did not remove the module because I didn't want to risk damaging the acoustic seal around it. Also, we have to send this watch back, so it didn't seem like a nice thing to do to just straight-up potentially break it. You can also see contacts for this alleged speaker sitting below the main board of the watch in the image below. 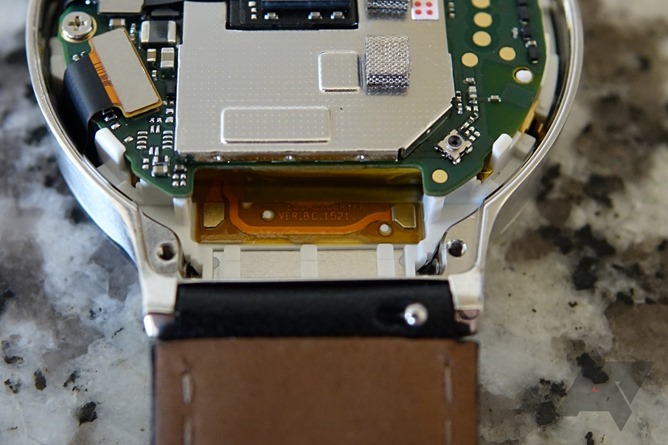 I checked the text on this little piece (EBIMERCURY FR VER. BC. 1521) to see if it would yield a part number somewhere on the web, but to no avail.

Why does the Huawei Watch have what appears to be a speaker? We don't know. Why doesn't it do anything? Better question yet! What we do know is that no Android Wear device supports direct audio output (only via Bluetooth), and it's possible this piece of the Huawei Watch may yet spring into action in a later Wear release. Or it may not - we simply do not know. We've reached out to Huawei for a statement, and also pled for mercy in regard to disassembling their watch (I put it back together - it works, thankfully).

Also, here's a gratuitous shot of those sexy smartwatch innards. You can see the microphone pinholes down at the bottom, by the way, if only vaguely in this lighting (they're inward of the thread holes for the body screws). 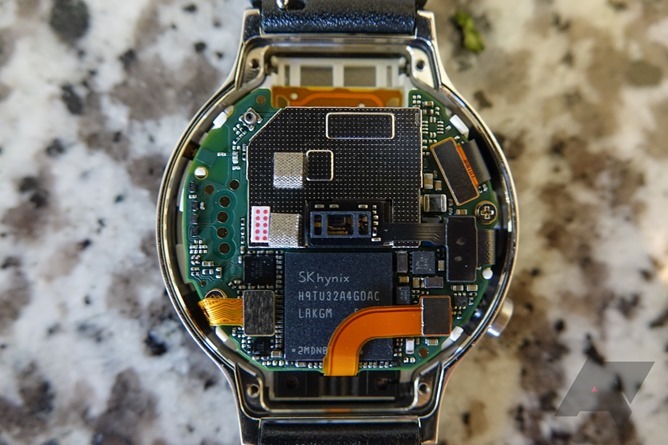 While Huawei was unwilling to directly confirm that this component is a speaker, they all but confirmed it indirectly, saying:

You can take that how you want, but it's pretty clear to me that A.) this is a speaker, and B.) it's there for a possible future purpose (or purposes) which has yet to be announced.

Viper SmartStart's Big 4.0 Update Gives The App A Desperately Needed New Coat Of Paint, And You ...