Cut the crap, and give it to me straight. No subject lines, no signatures―just send me what matters.

"We got you," says a fictional Microsoft employee.

And then Microsoft Send appears in the Play Store. 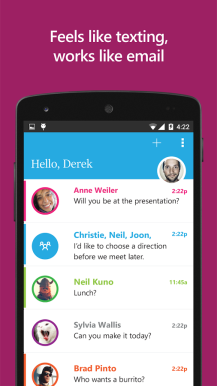 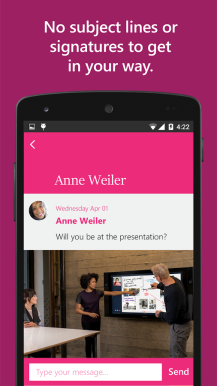 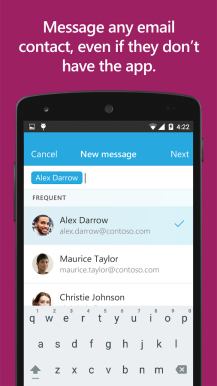 Here's where I get you up to speed. Think of this Microsoft Garage app as instant messaging that works through your Office 365 email account. Messages you send through Send will still appear when you fire up webmail, but you won't see all that other junk when you open Send. Instead, it will only show the conversations you started within the app. This way all those long email threads that read like IM chat logs can transition to a place where they can feel at home. 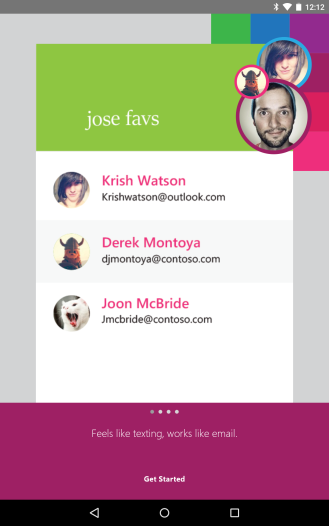 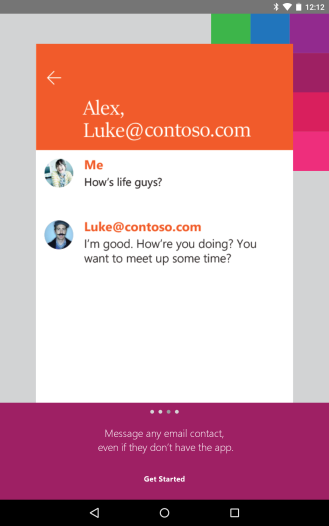 Microsoft announced Send back in July, but the service wasn't ready for Android at the time, nor Windows Phone for that matter. It was an iOS exclusive. But things have changed, and now here's a download link to Send you on your way.

Microsoft has also expanded Send's availability from Canada and the US to Brazil, Denmark, and the UK.