The developers behind appfour have a few crazy and not so crazy apps under their name. There's the useful AIDE which lets you develop Android apps on an Android phone, and then there are some Android Wear apps trying to pretend that microscopic watch screen is enough to do things we usually use 5-inch+ displays for. Like Gmail or web browsers or YouTube. And now they're back with another app that spells out what it does in its name: Messages for Android Wear.

The app works with both SMS and Hangouts accounts, displaying your list of conversations and the last few messages from each one, and letting you reply by pecking on a keyboard. On that teeny tiny display. Because voice dictation is for chumps. And so is taking your phone out to conveniently type a message on a larger screen. Sarcasm aside, this might be handy if your phone is trapped in a pocket or purse under layers of clothing, or if you forgot it at home but are still getting messages thanks to the new WiFi connectivity features on your watch. I really want to believe that this is why the developers wrote this app, because otherwise, seriously, why?

Messages for Android Wear does its job surprisingly well, which makes me understand why appfour keeps on churning these apps: they're good in their niche. The conversation view shows rich messages including hyperlinks, which can load in the sister Web Browser or YouTube apps if you have them installed as well. And the screen turns to always-on mode when you stop interacting with it, but stays ready for you to check it out and reply. If you're wondering about the keyboard, it works, even if you have to slide it around to hunt and peck for each letter. But there's prediction on board, all the symbols, and even full emoji support. A voice dictation button is also included, should you want to do things the old fashioned way.

Messages is free, but a $2.99 in-app purchase unlocks customizable signatures (right now, every message you send is appended with "Sent from my XYZ Watch") and pre-defined answers, along with a few more settings. 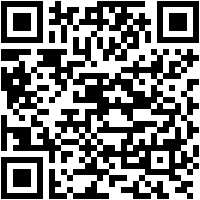