Gameloft has been developing mobile games for a long time, and it's kind of got the formula down. The latest release from the developer is Order & Chaos 2: Redemption, which is an open world MMORPG that bears a striking resemblance to World of Warcraft. This isn't WoW, though. It's on Android and contains plenty of in-app purchases. What? That's the formula. I never said you'd like it.

Ignoring for a moment that many of you have a deep, visceral hatred for IAPs, Gameloft's free-to-play titles are very popular, and unlike other developers, you can at least be assured of long-term support for the game you're pouring money into. Gameloft promises hundreds of quests, unique boss battles, and full PvP gameplay.

You get to choose from five different class and five races when you start. Then there's gear to collect, battles to be fought, and (I'm sure) things to buy to make the game less grindy. Order & Chaos 2 is a nearly 2GB download, and the graphics look great. Better clear some space and cancel your credit cards. 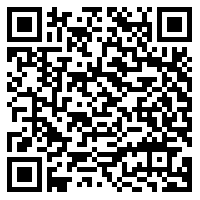