On the last episode of Android Police Teardowns, Google's plans for Smart Burst were revealed. Soon, Creations are going to become an innate part of the Camera app, giving users their own collages, animations, group pictures with the best possible smiles, and even pictures styled as if they were taken in a photo booth. Many questions remain. Will Google finally make the most out of the Camera 2 API? Will there be slow motion and HDR modes? And will readers get that this intro is just a goofy bit modeled after old TV shows that awkwardly explain the whole previous episode in 30 seconds before continuing with the story? Sit back and enjoy as we answer these questions and more in the exciting conclusion to the Google Camera v3.0 Teardown.

Perhaps I should have opened the last teardown with this detail. The question seems to be whether or not Google would meaningfully expand its use of the Camera2 API. The answer is definitively in the affirmative. However, that doesn't necessarily mean the same things to everybody. Some people are eager to see fine camera controls and faster performance. We already know these things are there because Smart Burst would be somewhere between impractical and impossible to implement without the ability to take pictures at high speed.

Even though it's clear the API is in use, there aren't any big new camera controls to speak of. The same basic list of controls are available. There are also readers clamoring for photos captured in DNG format with all of the available sensor data and next to no compression. Unfortunately, there's no sign of an option to enable that, either. To put it simply, if you were expecting the Google Camera app to become a tool for professional or semi-professional photography, quit dreaming. This is an app for regular people and it's obviously designed to have fewer features so it's less overwhelming for inexperienced users. While Google targets the simpler side of things, there's plenty of space in the market for app developers to produce very advanced, very complicated alternatives.

There is one really interesting note from this teardown that can't be ignored. The version of the app we had available includes a brand new line that specifically declares Camera2 is actually a requirement. Since the API wasn't introduced until Android 5.0 Lollipop, it effectively cuts out Android 4.4 KitKat. It seems unlikely Google would choose to abandon a version of the OS that's only now turning two years old and still makes up for nearly 40% of the Android user base. My guess is that Google will split the Camera app into two variants, but I wouldn't expect KitKat users to see many more updates from this point forward.

Now that we've covered the extent to which Camera2 is used, we can talk about another new feature that relies on it: slow motion video. Of course, slow motion videos are created by recording at high speed and playing back the frames at regular speed. Users will be able to choose between 120 fps and 240 fps.

Most OEMs already offer slow motion video in their custom apps, so it's fairly standard fare these days. Considering how much people ask for slow motion video, I wish there was more to say about it, but this really is it.

Google introduced a new specialty camera mode called HDR+ with the launch of the Nexus 5. It operates by taking a rapid series of pictures and combining them to produce the best shot it can. In many ways, HDR+ demonstrates some of the same fancy tricks Smart Burst will be showing off, but in a more rudimentary form.

While this proved to be the best way to get decent photos out of the Nexus 5, HDR+ had a lot of problems when scenes contained lots of motion or a fast-moving objects. It looks like Google acknowledges it's a pain to look for the toggle while rushing to take a picture, so there is a new mode that will automatically switch back and forth based on the current view. Of course, there will still be options to fully enable or disable HDR+, but now you can just leave it up to the Camera app to make its own educated decision.

If you carry your smartphone in your pocket or purse, you've almost certainly subjected its camera lens to your oily, dirty, disgusting fingertips at least a few times while reaching for it – accidentally, of course. When your camera lens isn't crystal clear, it can wreck your pictures. The next version of the Camera app will attempt to warn you by popping up a message that your lens is dirty if it detects things aren't quite spotless.

If it turns out that you're got a scratch on your camera lens, there is an option in preferences to disable this warning.

Finally, we all know Google runs a never-ending series of experiments on the UI of its apps, and it seems this version of Camera is no different.

A common complaint about the current interface is that it's annoying to swipe open the mode menu on the left side to switch between a modes for capturing still photos and videos. That's no longer a problem because a swipe from the right edge will now switch to video mode, and the reverse returns to the regular camera. 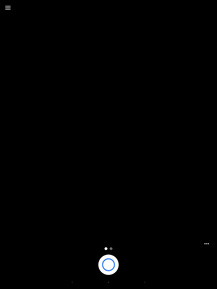 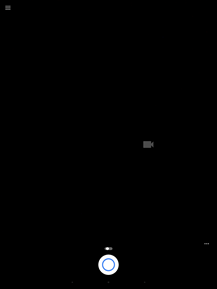 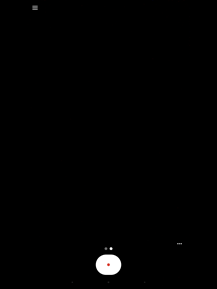 There is also a new hamburger button in the top left. The menu it opens is exactly the same as the current list of modes, but at least there's no need for an edge swipe to access special features like Photo Spheres and Panorama. The button may not be quite as attractive, but it makes the menu more visible and easier to access.

That's about it for the upcoming Camera v3.0 app. We're not really sure how old the version we've seen may be, but it's entirely possible that it's not final. For that matter, we're not even sure if all of these features will be operational when Android 6.0 launches.

It looks like the Camera app is finally getting some much-needed attention. Hopefully this will spark some motivation to push more regular updates and a few cool new features.