Of course "All Access" is a bit of a misnomer, since you can't quite access it everywhere. CBS is alleviating this with an official Android TV app (which seems to be several months late, at the least). It includes all of the channel's currently-running shows with a full selection of back episodes, plus a live stream of your local CBS affiliate station. Maybe. If your local affiliate is actually available. Mine isn't. 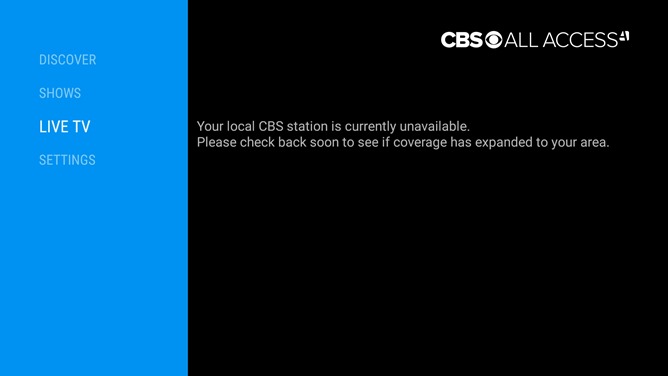 The live stream is free, which makes sense in the context of the criticism above, but you'll need to log in to access any of the on-demand content. That's kind of frustrating, since the regular CBS Android app (which includes All Access content, and is not available on Android TV) includes at least a few free episodes, and Hulu requires a subscription to watch TV shows on your TV.

Amazon Underground, The Revamped Appstore That Offers Paid Apps And Features For Free, Will Be ...