Welcome to the latest entry in our Bonus Round series, wherein we tell you all about the new Android games of the day that we couldn't get to during our regular news rounds. Consider this a quick update for the dedicated gamers who can't wait for our bi-weekly roundups, and don't want to wade through a whole day's worth of news just to get their pixelated fix. Today we've got a time-travelling game-book, a mix of roguelikes and board games, a match-three puzzler, an ASCII-inspired platformer, a physics-focused puzzle game, and another Rovio puzzle game. Without further ado:

A Wise Use of Time

It's always nice to see a new game-book... especially from developers apart from the usual suspects. A Wise Use of Time is closer to the old Choose Your Own Adventure style than more recent efforts, with an entirely text-based interface eschewing animations and most graphics. The story follows some timey-wimey temporal wizards, but unlike most of the games of this type, you can completely customize the primary player-character.

With the power to freeze time, you can ransack a casino, rescue a celebrity, or cheat death itself. When you freeze time, no one can see you, hear you, or stop you, except, perhaps, a handful of mysterious time controllers like yourself. Every second you steal puts more stress on your body and mind. Will you bring justice to the mobsters who run rampant in your city? Will you steal from them to provide for those in need? 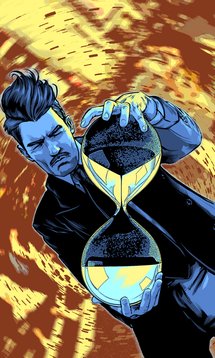 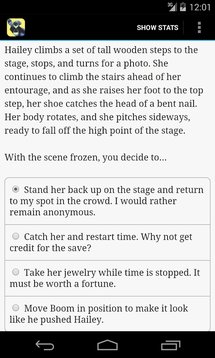 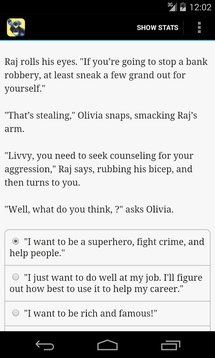 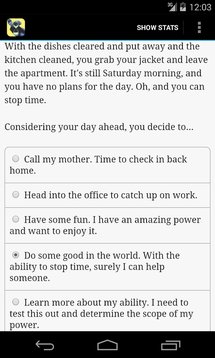 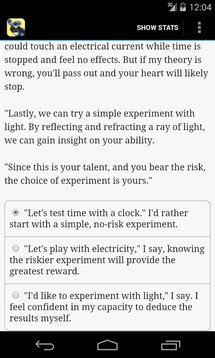 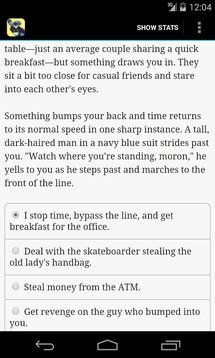 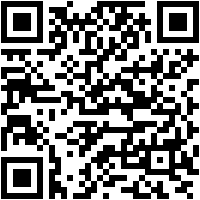 Download QR-Code
A Wise Use of Time
Developer: Choice of Games LLC
Price: $5.99

MicRogue is an interesting little tittle that mixes roguelike RPG elements with a movement style that's reminiscent of chess or checkers. Timing and strategy are your primary weapons, because you'll have to carefully kill monsters and avoid traps in the randomly-generated levels. Once you get the hang of the mechanics, you should be able to begin dominating the structured style of play.

Climb a dark tower in this Micro sized Chess Style Rogue-like that focuses more on character movement, than stats and gear. Can you retrieve the treasure and escape the dragon’s wrath? What Microgue has in store for you:

Fast-paced fisticuffs. Blistering combos. Incredible super attacks. These fighting game elements don't seem to belong anywhere near a match-three puzzle game. But Random Fighters presents an interesting take on this over-used genre, focusing more on deliberate strategy than taking advantage of positioning and layout, making the action part of the field more like Go or Battleship than Bejeweled.

Random Fighters is a puzzle fighting game that pushes the player into a battle of wits and kicks. Tune up your memory and guessing skills to deliver your attacks from a 5x5 grid and beat the hell out of your rivals. Customize your fighter and attacks, and get ready to defeat your enemies to get unique upgrades, including brutal special attacks. Are you strong enough? Finish off the single player story mode and challenge anyone in the online mode. 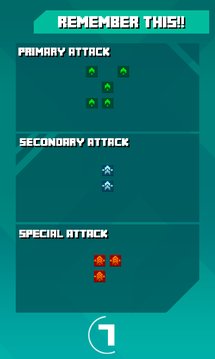 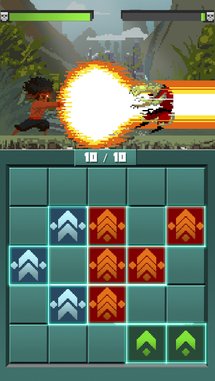 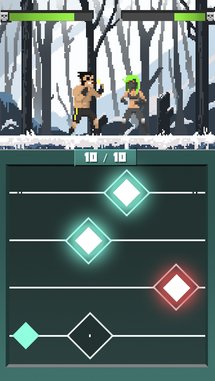 Asciid is a bite-sized platformer that uses ASCII characters for all of its background, hazard, and character art. Well, allegedly - while the game does use the familiar characters as a sort of alternate pixel set, the raster graphics cheat a bit by scaling and rotating in ways that "traditional" ASCII art doesn't allow. Simple controls allow for twitchy fun as you avoid slicing, stabbing, and crushing death, which would be really gruesome if everything wasn't made out of Alpha-Bits.

Asciid is a challenging game that confronts the player with perilous traps and exciting levels. Use your power to switch between light and dark in each unique level to avoid the various hazards. Along the way you'll find hazards such as Wrecking Balls, Sawblades, Floaters, Bobbers, Spikes and more. Grab the keys from each level to open the door. Once you've braved your way through over 50 Campaign levels, challenge your skills in New Game+ mode where you'll find an infinite combination of ever increasing difficulty that will keep you on your toes through every door. 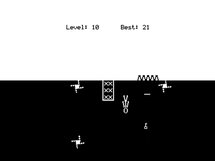 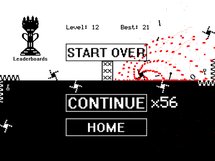 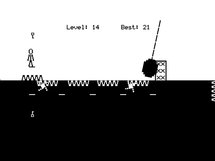 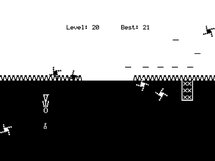 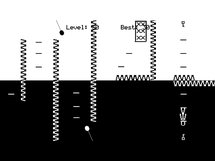 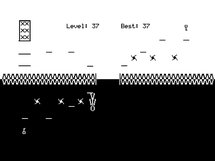 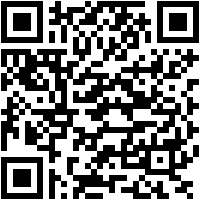 Puzzle Coaster is, as you might expect, a mix of physics puzzles and roller coaster building elements. You'll have to use momentum and various turns and twists to get the roller coaster car to the target of the levels... or just fool around and mess with the passengers. Over 60 levels are included, as are in-app purchases, but they're fairly minimal.

Who has not ever wanted to design the perfect rollercoaster? With Puzzle Coaster, you're in charge. Use the correct rails to build a track to amuse the passengers and that allows you to collect coins. To do this, you can use a large number of pieces of madness, like loops, explosive and strong springs. As happens with your favorite attractions, things are quiet at first, but they soon become frantic. You will not find it easy to complete the 63 tricky levels.

If you're looking for an endless runner game that has more in common with some of the classic platformer games than, say, running across a blacktop, Fat Baby Galaxy should fit the bill. This unique 2.5D runner uses an interesting collection of attacks and power-ups that make it feel like an old Kirby or Donkey Kong Country title (with no left arrow button). The whimsical mix of vehicles are especially entertaining. I think it's official: Rovio is out of ideas. After bastardizing their Angry Birds franchise in the sequel with every "freemium" gimmick in the book, the company's next new IP mixes cutesy fish characters and the played-out match three genre. The game has an insane amount of levels, but there's nothing here that you can't get elsewhere... without having to try to dodge some of the in-app purchases.

From the creators of ANGRY BIRDS comes a DELICIOUS NEW matching game with CUTE characters and FRESH and FRUITY puzzle gameplay. Meet the NIBBLERS – your fishy friends who only want to eat YUMMY fruit – ALL the yummy fruit. Om nom nom. All fun and games right? Woohoo. Fruit party over here. Well, the island’s reptilian inhabitants are not too happy about our group of aquatic party animals gobbling up all their fruit, and they’ll try to stop them at all turns. 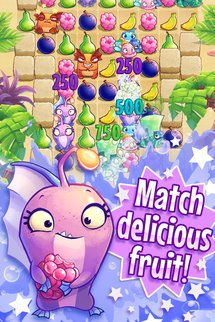 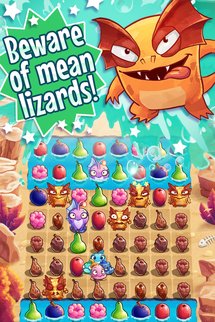 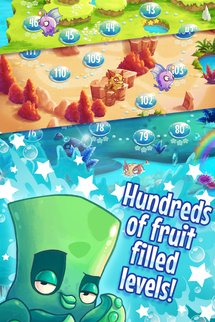 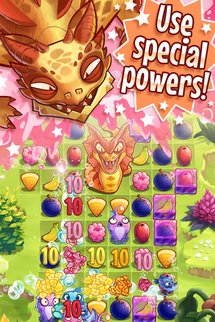 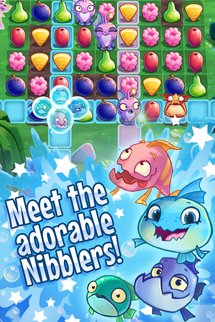 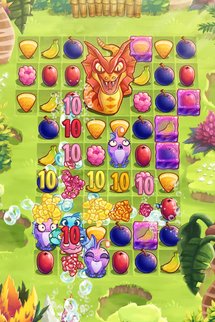