Google has always encouraged developers to design their app icons with a "unique silhouette." This gives designers the freedom to come up with neat stuff, but there are drawbacks. For example, icons that are just weird sizes and look out of place on your device. Well, there's a new Nova Launcher feature coming that could fix that. "Icon normalization" is in private alpha now, and it's coming to the beta channel very soon.

The varying shape of icons on Android makes it hard to match the sizes. If you just line up the edges of a square and a circle, the circle will look much smaller. Since we're going for a consistent appearance, we should turn to Google's material guidelines. It has icon dimensions for squares, rectangles, and circles, and that's the basis of Nova Launcher's new normalization feature. It can identify circles, squares, and portrait/landscape rectangles of any size and scale them to the proper material dimensions.

The feature is smarter than just looking for basic geometric shapes, though. The algorithm will be able to take into account unusual protrusions from the icon and keep the alignment based on the underlying shape. Most non-standard shapes will also scale correctly. Note, it's not just about the size of the icon, but about optical adjustments that make things consistent visually. There are some more examples below. 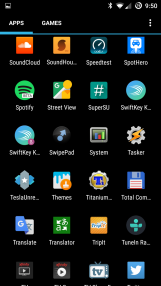 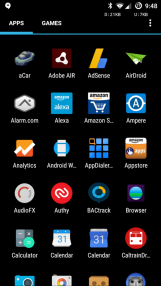 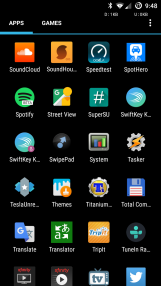 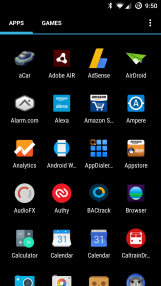 The developer will be looking for feedback to tweak the algorithm during the beta, but what we're seeing already looks impressive. The new build will also have support for Marshmallow app opening animations and permission settings. You should be able to give it a shot when the beta is out in a week or two.

PatPat Is A Great New Way For Parents To Save Money On The Things They're Going To Buy Anyway ...

Play Store 5.9 Doesn't Automatically Download App Screenshots When You're Not On Wi-Fi Or LTE