If you've got NVIDIA's flagship tablet (hopefully you've already swapped yours in for a replacement with a non-explodable battery), then it's time to hit that settings menu and pull the latest update the SHIELD team is pushing out to devices now.

This one's not a huge deal - just a few bugfixes, performance improvements, and stuff like that. The most notable fix is a patch for the Stagefright vulnerability; otherwise, it's pretty simple. Here's a look at the full changelog: 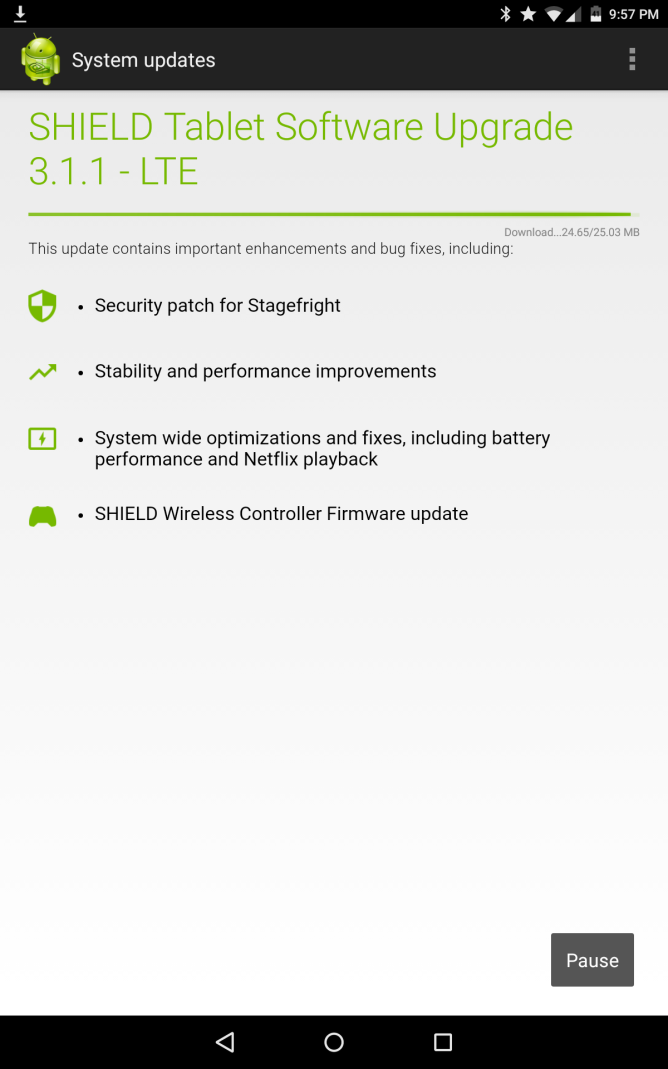 I just pulled this on my 32GB SHIELD Tablet, which indicates to me that it's already available for both Wi-Fi and cellular models.

Android Pay v1.0 Can Auto-Redeem Some Loyalty Programs And Special Offers When You Tap To Pay ...