Google made announcement earlier today that Android Pay had arrived. But arrived where? Someplace, but now you can get it on your device right this moment. It will replace your old Wallet app and you need to have the latest version of Play Services, but this is the future of paying for things with your phone.

The APK has the same package name as the old Wallet app, so it will magically become Android Pay when you install. First, make sure you download the right version of Play Services 8.1.13 from APK Mirror. Pay attention to the -XYZ naming scheme explained on the page, which has changed recently (for Lollipop that's a -2xx build). Older versions of Play Services will not permit Android Pay to work. When you get Android Pay installed, it will have you add a card or import one from Wallet. 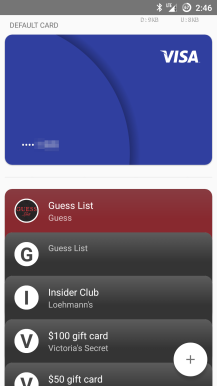 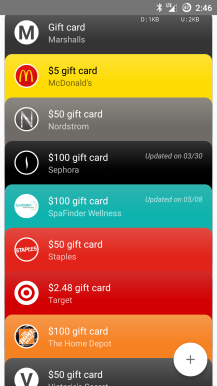 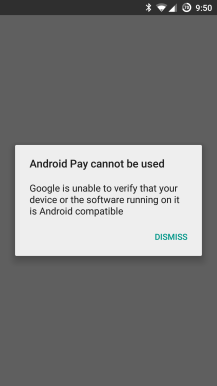 As we learned earlier, Android Pay relies on support from banks to work. For the time being, cards that you had in Wallet can be added as virtual cards, but no new unsupported cards can be added. Pay also handles your rewards and gift cards. Rooted users are reporting issues getting Pay set up (see above, right), so you might need to unroot for the initial setup, then root again.