It seems like all hands are on deck to get Google's apps to conform on the new workmark. In all of the rush, a minor snafu occurred yesterday. A dogfood version (generally intended for internal testing) of the News & Weather app was uploaded to the Play Store, adorned with the cute little paw print badge. Well, the accident has been cleaned up and the proper version has been uploaded to the Play Store today. Let's just hope nobody had their noses rubbed anywhere. 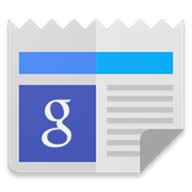 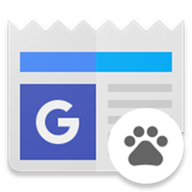 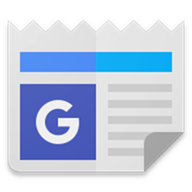 This isn't just a quick update for the sake of an image, there's actually a little more to see here. While there aren't any new live features, and hardly any changes to resources, one string did stand out.

It doesn't take much analysis to explain this one, it's clear that content publishers will be able to peddle their own apps along with articles in the future. This is far from a new idea, Google already encourages app installs through a number of properties, particularly in mobile search results. Companies like the New York Times and Washington Journal are eager to encourage users to install apps because it raises engagement and equates to a stronger link between readers and publishers.

There's no way to tell from this single string if these links will be intrusive and overwhelming, or if they'll fit snugly next to a byline. Most likely, it'll be somewhere in between, probably with a smallish thumbnail of an app icon next to the string shown above. Hopefully, this won't be too disruptive, as a fairly good audience of people has adopted News & Weather as a go-to for their latest information.

This turned up in the dogfood edition and it was too cute not to share. Check out the welcome banner that is shown to Googlers when they run an internal beta of the News & Weather app.

Do they call this a Labradoodle? What is that text, Labradorum Ibizum? Ok, I'll stop...