A few weeks ago we told you about an upcoming update to the official app for discount retailer and occasional auction service eBay. It looks like the company is ready to roll out version 4.0, for both Android and iOS. Well, almost - though the company has officially announced the update, it seems they're dragging their heels in actually getting it to the Play Store. Our reliable readers have yet to upload an updated version to APK Mirror, so we're assuming that it simply isn't available at the moment.

From the preview images and video on eBay's blog, it looks like the new version is brighter and much more finger-friendly, plus it's more adaptive between phones and tablets. It still covers all the standard functions of the website, including all of the stuff you can find in My eBay. (To be fair, the mobile website also does this, just not in the same shiny manner.) There's a renewed focus on the listing process, specifically making it easier to create new listings from thousands of standardized templates. Just add some photos via your phone's camera and a short description, and you're good to go.

Unfortunately the beta app was distributed via a verification system, so we can't simply download it to compare the new interface. We'll be keeping an eye out for the updated APK throughout the rest of the day.

Well look at that, someone's already uploaded the eBay 4.0 file to APK Mirror. Thanks, Shwise. 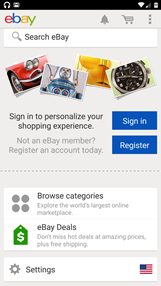 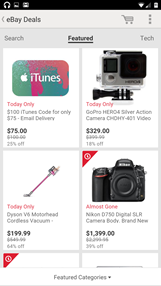 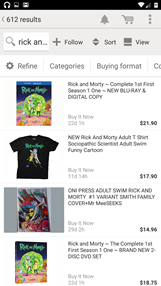 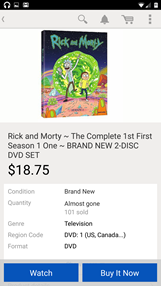 Old app above, new below. 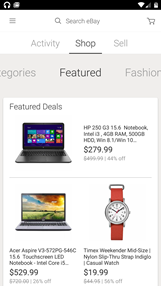 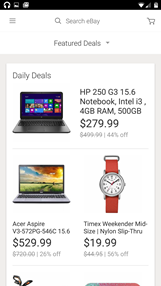 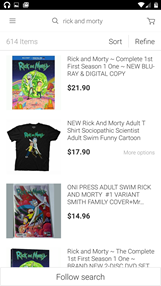 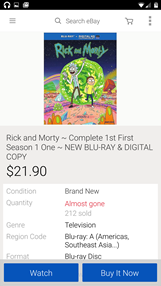 The APK is signed by eBay and upgrades your existing app. The cryptographic signature guarantees that the file is safe to install and was not tampered with in any way. Rather than wait for this download to be pushed to your devices, which can take days, download and install it just like any other APK. 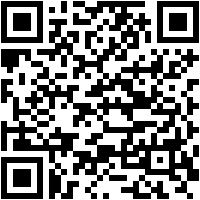