Picture this. You have logged into a couple of Google accounts on your device and everything is working as it should be. You read on Android Police that the Hangouts 4.0 update was finally released by the team, you do a shameless little dance and fist pump in public because itshappening.gif, and head over to APKMirror to download the file and update ASAP... only to realize that, well, the app doesn't log in for you. It tries signing in and then slaps you with a "Couldn't connect to the server" error message. You get angry, Hulk-smashingly angry. Why can't you see that new discussion list Material design that everyone else is raving about? 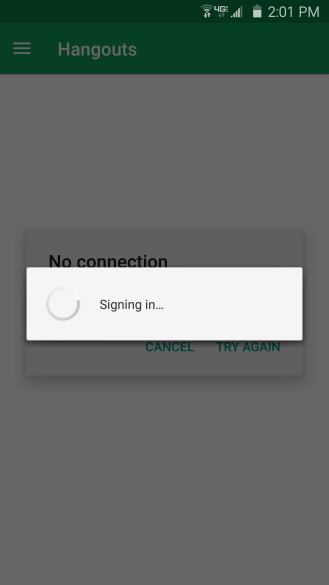 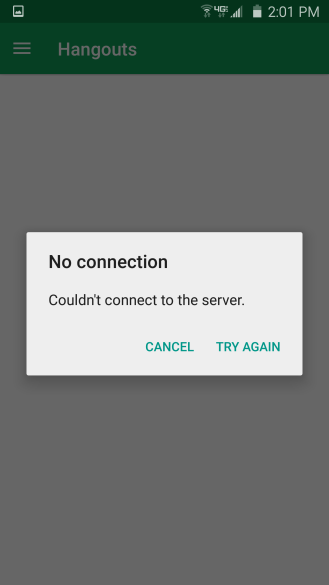 You try a hundred different solutions you know would normally work, but none does. You later realize that you can still receive and reply to messages, you just can't launch the app yourself, see the discussions, or start a new one. You get confuzzled. You decide to head over to the Hangouts Help Forum to start a thread about this issue, only to realize you're not the only one facing it. You and your comrades in misery hang out there to commiserate about your mysterious and unjustifiable Hangouts pseudo-ban, then slowly unravel the reason.

You all have multiple Google accounts on your device, and one of them is a Google Apps account that doesn't have Hangouts activated. Apparently, Hangouts 4.0 won't launch unless it can sign in to all of your accounts, even if it technically can't. Because reasons. You notify the Google team, and they seem to be on the job, but your soonbackanswer turns into a month of waiting. See, Google isn't as swift as us.

That's a horrible horrible nightmare, isn't it? It might be even worse than the MMS sending bug we reported earlier. You can read all about the trials and tribulations of the users affected by this bug in the threads linked to above (and plenty of other similar ones on the support forums).

For now, the most common solutions seem to be:

The Google team appears to have been informed of the issue since August 13th but there's still no official word or ETA on the fix. We'll be keeping an eye on this bug and let you know as soon as an update is pushed out to solve it.

Alternate title: [Hangouts Out] Hang Out Elsewhere Because You're Hung Out To Dry Until Google Fixes This Bug